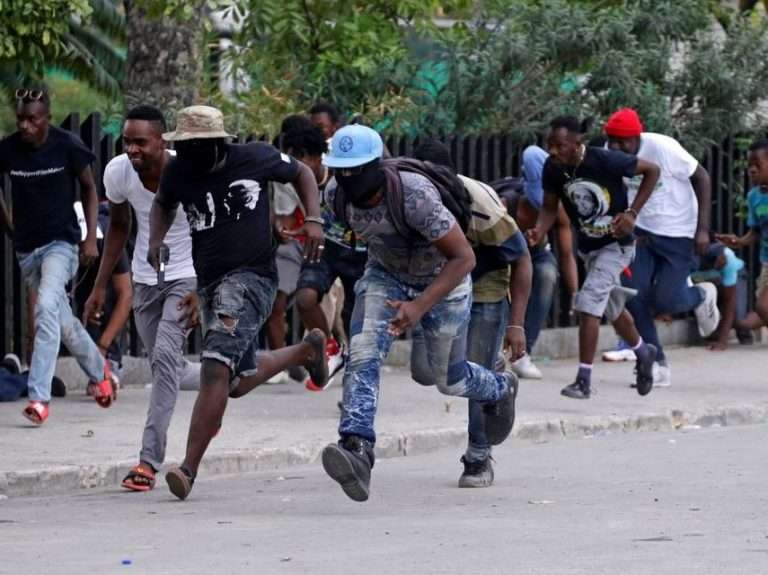 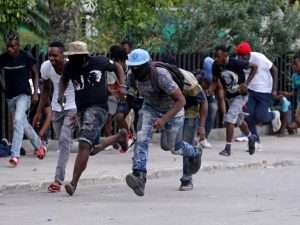 (REUTERS) – Violent clashes erupted in the Haitian capital yesterday, with two Reuters witnesses observing shots being fired until late at night, as police stepped up their protest over pay and conditions.

The clashes were the most violent since police, this time heavily armed, started protesting at the end of last year as the impoverished Caribbean island nation struggles with a prolonged economic and political crisis.

The Haitian government issued a statement late yesterday strongly condemning the violence, calling it an attack against freedom and democracy, noting that it was difficult to assess the scope of the violence.

“Terror reigned in certain areas,” the statement said. “Streets were obstructed and there was a war-like situation at the Champ de Mars (square), where heavy weapons fire was heard almost all day.”

It was not immediately clear who fired the shots or the tear gas during the protest, which led to the suspension of Carnival, a multiday music and dance festival that culminates in a colorful procession.

A stage built by the Ministry of Defense and guarded by the army was also set on fire, a Reuters witness said. “No money for police officers but enough money for Carnival,” protesters shouted. It was the final straw after a series of other challenges, they said.

“We’ll continue to demonstrate,” said one masked protester who declined to be identified for fear of reprisal. Local television showed footage of two cars set on fire while local radio reported several were wounded and one died.

Reuters could not independently verify the injuries or fatality.

Some protesters wore cream and blue police uniforms and carried guns, but had their faces covered, when they marched from the upscale Delmas neighborhood toward the large Champ de Mars public square.

Haiti President Jovenel Moise has been ruling by decree since January, after the country failed to hold elections and the mandates of lower house deputies and most senators expired in October.

The political situation has cut Haiti, the poorest country in the Americas, off from some international funding. This has further hindered its ability to respond to the worsening economic crisis, including food shortages.

One in three Haitians, around 3.7 million people, needs urgent food assistance, up from 2.6 million people at the end of 2018. Haiti ranks 111 out of 117 countries on the Global Hunger Index, near poor sub-Saharan African countries.