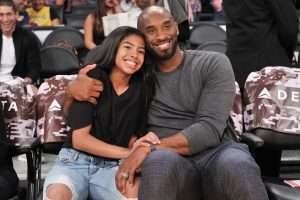 nypost.com- Thousands of mourners will gather Monday at the home of the Los Angeles Lakers to celebrate the lives of Kobe Bryant and his 13-year-old daughter, Gianna, giving the public a chance to reflect on the basketball phenom’s life after he and Giana were were tragically killed along with seven others in a Jan. 26 helicopter crash in California.

When is the memorial?

The service, which Kobe’s family is calling a “Celebration of Life,” will be held at 10 a.m. Pacific time, 1 p.m. Eastern.

Where is the memorial?

It will take place at the Staples Center, where Kobe played for the Lakers, and where fans formed a massive makeshift memorial after his death.

Who will be there?

More than 20,000 people — including friends, family and those lucky enough to have won a ticket in a lottery that drew 80,000 applications — will gather to remember the basketball star’s legacy, according to ESPN. Proceeds will benefit Kobe’s Mamba & Mambacita Sports Foundation.

James Harden and Russell Westbrook of the Houston Rockets, will be there, along with Oregon college basketball player Sabrina Ionescu, according to ESPN. Kobe and Gigi were close with Ionescu and had traveled to Oregon to see her play.

The Lakers are also expected to be present, along with members of the LA Clippers and Memphis Grizzlies.

It’s unclear whether Vanessa, the couple’s three surviving daughters — Natalia, Bianca and Capri — or Kobe’s parents, Joe and Pam, will be present, according to the network.

How can I watch it?

Livestreams will be available on ABC7, FOX11 and CNN’s website. Coverage will also be shown on NBA TV, BET Networks’ digital platforms and CBS All Access.