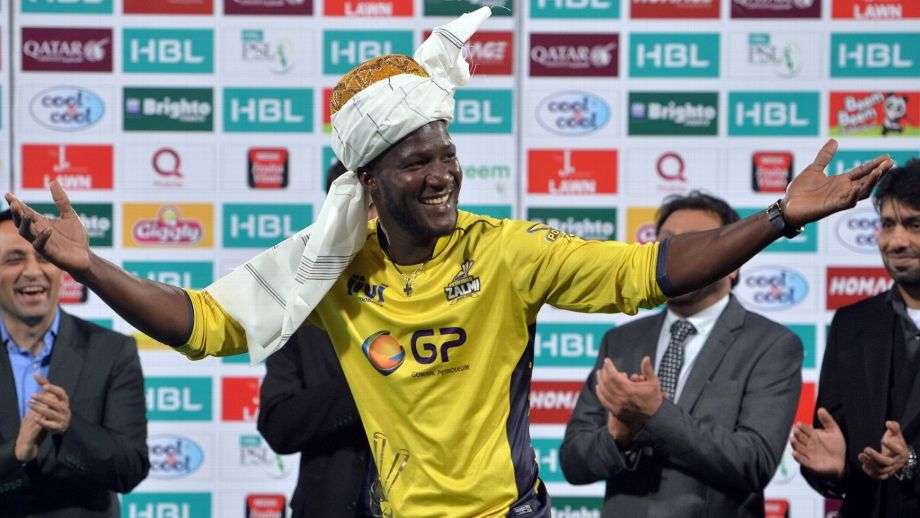 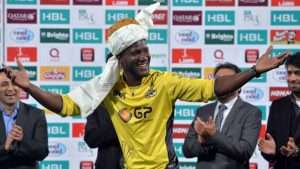 espncricinfo.com- Darren Sammy has played a major role in the return of top-flight cricket to Pakistan, and the country has decided to express its gratitude in style, by extending an honorary citizenship to the former West Indies captain. Arif Alvi, the Pakistan president, has signed off on the same, and Sammy will also receive the Nishan-e-Pakistan, the country’s top civilian award, on March 23 in Islamabad.

The idea of the honorary citizenship was initiated by Javed Afridi, the owner of Peshawar Zalmi, the team Sammy has represented since the start of the PSL in 2016. The PCB followed up on it with the federal government in light of Sammy’s “invaluable contribution to cricket in Pakistan”.

St Lucian Sammy, 36, has been Zalmi’s premier marquee player from the beginning of the PSL. Ahead of the second edition, Shahid Afridi, who led the team in the first season, stepped down and handed the reins to Sammy, and he has led them since – they won the title in 2017 and were the losing finalists in 2018 and 2019.

More than that, though, it’s Sammy’s support to the Pakistan cause that has endeared him to people in the country. He was the first to agree to tour Pakistan when the PCB wanted to bring the PSL final to the country.

Then, when an ICC World XI was lined up tour Pakistan for three T20Is in September 2017, Sammy – a part of that squad – spoke to the other tourists as part of a security briefing.

At the time, he had said, “I did brief them quickly about my experience in Lahore for the PSL final. We’ve had the best security team, who have also briefed them. Like I said before, it’s important. I get to play in front of my fans in St Lucia and around the world and we see how passionate they are, and to get an opportunity after so long, they are all happy to be part of that process.

“First thing I said to guys after the PSL final – apart from all the security and the protocol – once I stepped on the field, it felt like playing in St Lucia. That is my honest experience – the crowd were just hungry for cricket, to see their icons and role models play in the game. That is what it felt like. That is what I briefed the players when the coach [Andy Flower] asked me about my experience.”