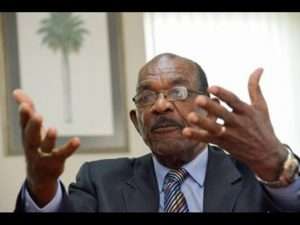 (JAMAICA STAR) – Sick and tired of the number of killings taking place in the country, Percival LaTouche, president of the Association for the Re-settlement of Returning Residents, said it is time the Government starts hanging murderers.

More than 170 persons have been murdered in Jamaica since the start of the year. That number does not include the case of Evadney Gayle, a 67-year-old returning resident, who was murdered in St Toolies, Manchester, last November.

Gayle’s case this week grabbed international attention, with both the UK Mirror and UK Daily Star reporting that she won PS300,000 (approximately J$54 million) at a casino before returning to Jamaica.

Gayle lived in Reservoir Road, Edgbaston, England, and was a popular figure. She owned a fashion store and later went on to operate a Jamaican greengrocer store.

After years of working in England and building her dream home in Jamaica, she only got to spend three weeks there before she was found by her common-law husband, hacked to death in their home.

“It is as clear as day that Jamaicans who have lived overseas and desire to return to their homeland are scared to return because of these brutal killings,” LaTouche said.

“I call upon the Government to bring back hanging to the forefront. It’s on our books as the law of Jamaica. Too many murderers are walking the streets. The murderers know there will be no real serious consequences as they can plea-bargain,” he added.

“Murder is our number one problem in terms of criminal felony. It affects the image of Jamaica wherever you go. It is a concern to anybody who has an interest in Jamaica. It is the biggest problem we have and much of our efforts are focused on strengthening the whole security force,” he told THE WEEKEND STAR.