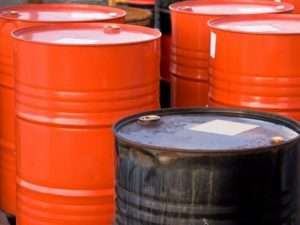 (AP) — Guyana’s government on Thursday prepared to sell its first barrels of oil after the discovery of large quantities of oil and gas near the South American country’s coast nearly five years ago.

The Department of Energy called the shipment a historic event, saying Guyana expects to receive four more shipments this year as part of a deal with ExxonMobil Corp and partners including Hess Corp.

The boat set sail from Guyana overnight and is bound for Barbados, where it will be sold to markets including the US.

Energy Department Director Mark Bynoe said he expected Guyana to directly earn $300 million from its share of oil sales this year, with Guyana receiving 52 percent of profits as part of a 2016 deal.

“This has been quite a momentous occasion,” he said.

The offshore fields are estimated to contain one of the world’s largest reserves at more than 8 billion barrels.

The revenue is expected to generate an estimated $168 billion over the life of the project, representing 120 times Guyana’s annual budget.

Exxon and its partners have already sold their own shipments of similar size since production began in late December.

The shipment comes just weeks before Guyana holds general elections on March 2, with the opposition People’s Progressive Party saying it would seek to renegotiate oil concessions.

Oil and gas are expected to overtake gold, sugar, rice and timber as Guyana’s main exports.