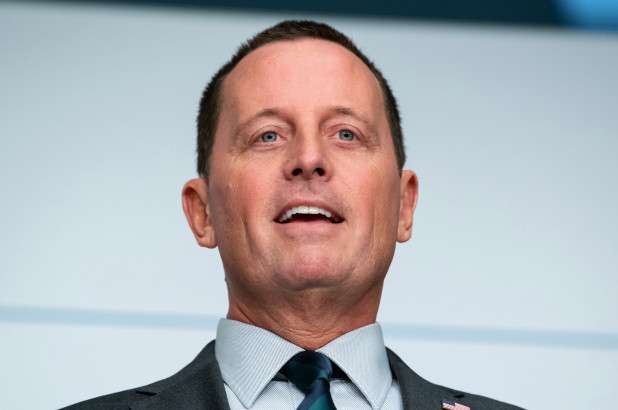 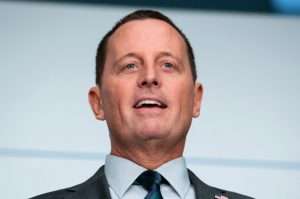 nypost.com- President Trump has named US Ambassador to Germany Richard Grenell, a staunch supporter of his policies, as acting director of national intelligence.

“Rick has represented our Country exceedingly well and I look forward to working with him,” the president wrote on Twitter.

Trump thanked Joseph Maguire — a retired admiral who has been the acting DNI since August – “for the wonderful job he has done,” adding that “we look forward to working with him closely, perhaps in another capacity within the Administration!”

It was not immediately clear if Maguire would return to the National Counterterrorism Center.

Grenell, an outspoken Trump loyalist who has been the US ambassador to Germany since 2018, will be the first openly gay member of the cabinet.

In his temporary status as acting DNI, Grenell will not face a Senate confirmation process unless the president appoints him for a permanent position.

Grenell previously served as US spokesman at the United Nations during the George W. Bush administration, including under then-Ambassador John Bolton.

In his new role, he will be in charge of the country’s 17 spy agencies and report directly to the president.

Trump’s announcement was met with criticism from those who said the position should be held by someone with vast experience in intelligence.

Sen. Mark Warner of Virginia, the ranking Democrat on the Senate Intelligence Committee, said the president had “selected an individual without any intelligence experience to serve as the leader of the nation’s intelligence community in an acting capacity.”

“The intelligence community deserves stability and an experienced individual to lead them in a time of massive national and global security challenges,” he said in a statement.

Samantha Powers, a UN ambassador during Barack Obama’s presidency, said on Twitter that the appointment of someone so openly political to the intelligence position “would be a travesty.”

One German lawmaker recently told Reuters that Grenell was less concerned about building closer relations with Germany than trying to please Trump.

“His actions have an audience of one: the US president,” the lawmaker told the news agency.

Last year, Grenell faced calls for his expulsion when he spoke up in support of right-wing politicians in Europe, according to AFP.