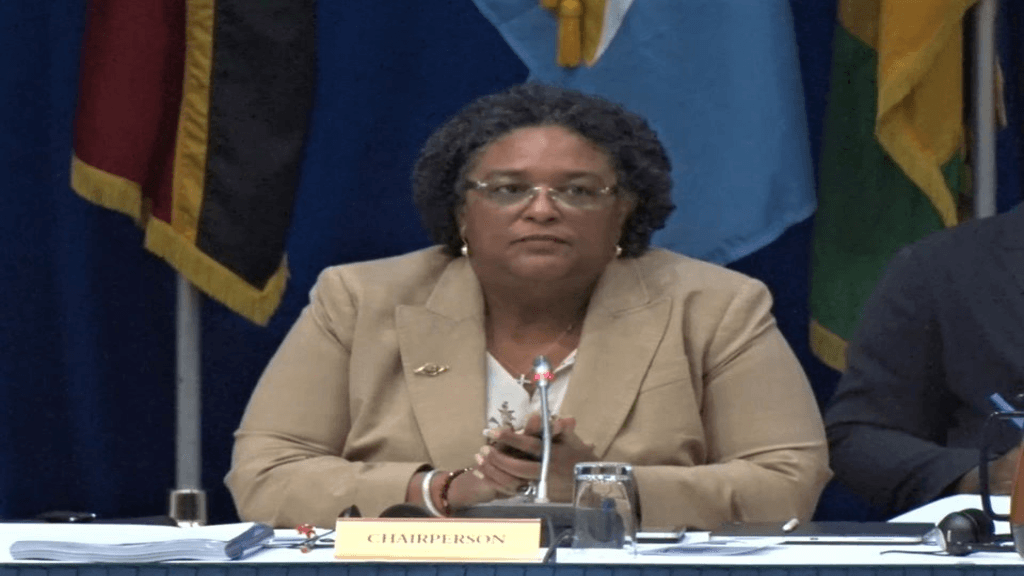 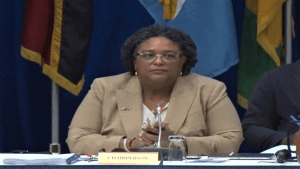 loopnewsbarbados.com- A fixed roaming rate for CARICOM countries is in the works for 2020.

Chair of the Caribbean Community (CARICOM), Prime Minister Mia Mottley made the disclosure on Tuesday at the 31st Inter-sessional meeting of Heads of Government, hosted at the Lloyd Erskine Sandiford Centre (LESC).

The Barbadian Prime Minister announced that Grenadian Prime Minister, Keith Mitchell and a team from the Caribbean Single Market Economy (CSME) have been working with regional telecommunication operators to implement a fixed roaming rate for CARICOM states. This fixed roaming rate will cover the use of mobile data for popular social media apps as well as phone calls.

“We believe that our ability to have a regional communication that is affordable and accessible is an absolute priority, it is against that background that we also recognize the digital economy can play a powerful role in the development of our economies period,” said Prime Minister Mottley.

“We recognized and reflected that the roaming rates in this region are punitive and in many instances, people are bankrupted when they go from country to country because they have no idea what these roaming rates will present themselves to be. Once we have reached an agreement on the rate and service level, the operators will make the necessary technological changes and we have full expectation that the new fixed single CARICOM rate will go live from this year 2020,” she further explained.

Speaking to the media, at the end of the Heads of Government meeting, Prime Minister Keith Mitchell, also contended telecommunications operators should give governments an ease.

“We are discussing the need to have a standard fixed course for roaming throughout the region and of course, the question of government sites triggers the whole rating; you shouldn’t have to pay for this.”