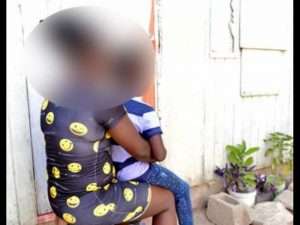 (JAMAICA STAR) – While a St Catherine mother was finishing up her shift at a bar where she works, a trusted neighbour and friend, who she had earlier given dinner, allegedly used the opportunity to sneak into her house and molest her sleeping six-year-old child.

According to the mother, she had left her daughter in the care of her sister-in-law and went to work. The mother told THE STAR that while she was at work checking off the day’s sales, the man, who is believed to be in his 50s, visited the bar and bought a “half cue mix and a Boom”.

Afterwards, he began frolicking with her boss, but his actions went unjudged.

“She tell him seh she don’t have no time for that. She told him that she can’t deal with him now because she’s going to check off,” the mother said.

The man subsequently left the bar, but to the surprise of community members, the brute went to the bartender’s house and assaulted her little girl. The unsuspecting mother was still at the bar when she got a call from her sister-in-law, who told her about the incident.

“When me get the call, me just run off. Me nuh know me self. Me did mad… Me did dark. I don’t know what was going through my mind… Me couldn’t even talk fi answer… the words caah come out a me mouth. Me just start run,” she recalled.

On her way home from the bar, she stumbled upon an angry mob that had surrounded the perpetrator who was bloodied. “It look like dem did a beat him,” she surmised at that time. She was right!

After news broke in the community, the man was mobbed and beaten. He was rescued by police and was later arrested. Currently, he is now hospitalised, and is being guarded by the police.

“Me neva expect dis. Him live here how long now and we know him. A we friend. Him all beg me some dinner yesterday and me give him! Me share it out and him tell me fi put it pon the likkle table inna him house,” the distraught mother said.

When she saw her daughter, it was as if her world fell apart. “She was trembling and when the police did a talk to her, she was crying.”