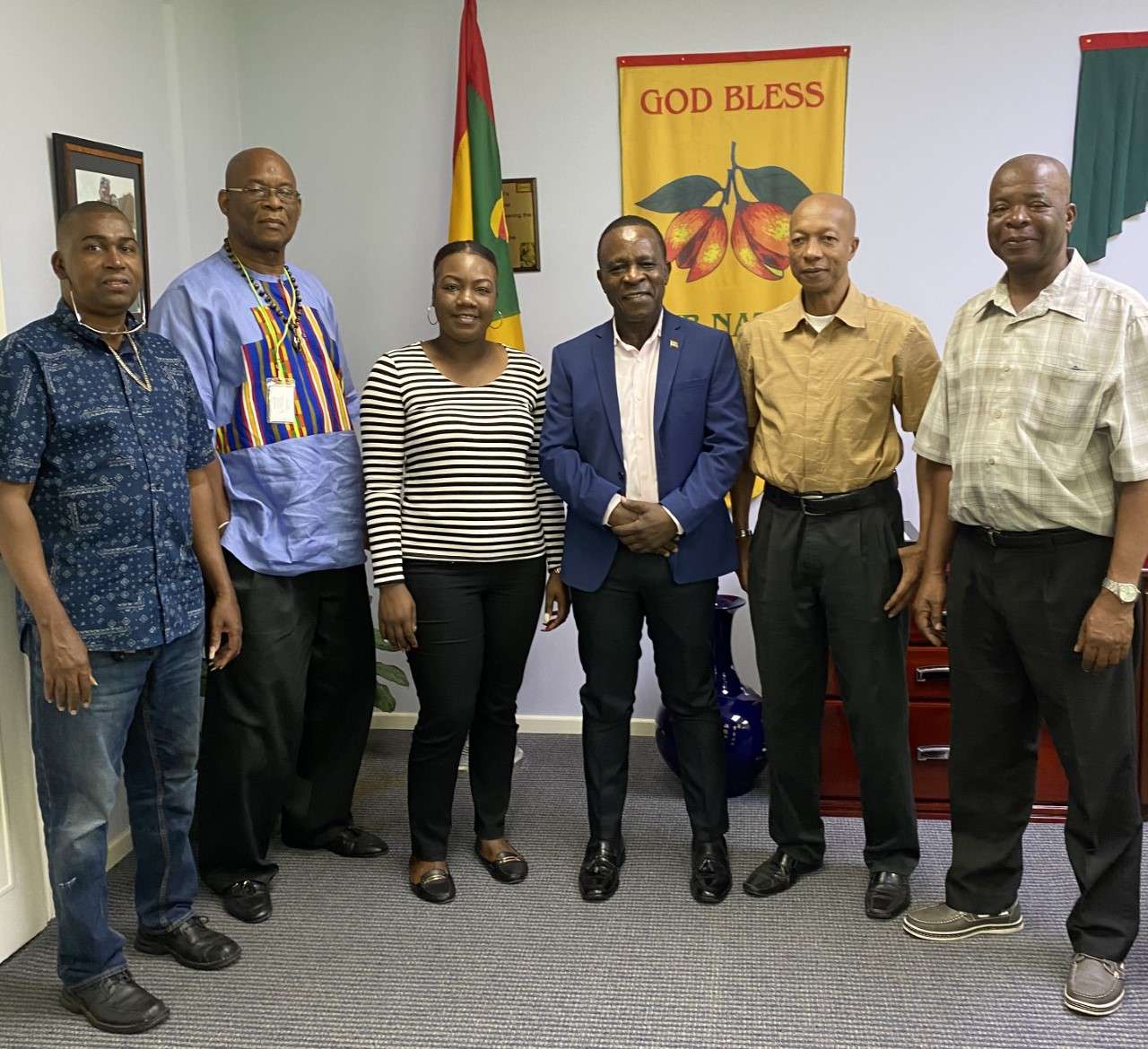 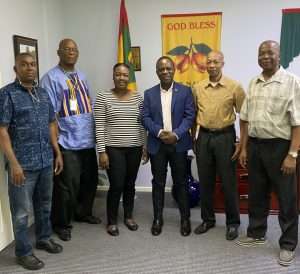 PR- Prime Minister, Dr. the Right Honourable Keith Mitchell, and Minister of Labour, Honourable, Peter David, met Friday with executive members of the Caribbean Congress of Labour (CCL) who were in Grenada for a meeting of the regional organisation.

In welcoming the team, headed by President Andre Lewis of Grenada, Dr. Mitchell underscored the importance of the labour movement and of working together.

He noted that the current Chair of the Caribbean Community, Honourable Mia Mottley of Barbados shares that opinion, hence the invitation to labour representatives to attend the inter-sessional meeting in Barbados this week.

Dr. Mitchell said, “In the new global community, unless we work together, we would not survive. We need to unify our efforts – businesses, governments and labour to meet the fundamental challenges we face today. The Government of Grenada looks forward to continued cooperation as we go forward.”

Andre Lewis, who was elected President of the CCL last November, said the organisation also favours the collaborative approach and welcomed the opportunity to work with Caribbean leaders. He said, the CCL also believes the tripartite approach is necessary.

The Prime Minister also raised the issue of productivity, which he said needs to be addressed. He said, “For unions, it should not be only about how much money you can negotiate for workers, but also about productivity; and for businesses, it is not just about making money for partners or shareholders but also about keeping staff happy so that they are encouraged to work.”

The CCL executive members noted that productivity must be looked at in all its dimensions.

The subject of a possible Government subvention for the CCL was discussed. Dr. Mitchell, who is also the Minister of Finance, said Government will be willing to support efforts by the regional trade union umbrella body, especially as it endeavours to empower its membership.

This drive to empower has already started. Through the CCL’s partnership with Cipriani College of Labour and Cooperative Studies in Trinidad and Tobago, the Grenada Trades Union Council is planning a one-week training session in leadership for its affiliates.

Dr. Mitchell also suggested that the trade unions get involved in business ventures that can benefit their members over time. Some unions in Trinidad and Tobago and Dominica are already engaged in such activities and Dr. Mitchell suggested that this approach be encouraged in other countries, including Grenada.