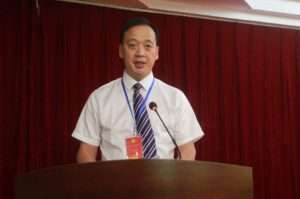 nypost.com – The head of the Chinese hospital at the epicenter of the coronavirus outbreak has become one of the latest victims — dying Tuesday despite “all-out” attempts to save him, officials confirmed.

As director of Wuchang Hospital, Dr. Liu Zhiming led the fight to try to contain COVID-19, dedicating the hospital to treating the thousands of patients arriving every day.

It ultimately cost him his life, with Wuhan’s health bureau confirming that he died at 10:54 a.m. Tuesday. He was 51.

Announcing his death, the Wuhan Municipal Health Commission said Liu had taken part in the battle against the virus from the start and had made “important contributions in the work of fighting and controlling” the virus.

“Unfortunately he became infected and passed away at 10:54 Tuesday morning at the age of 51 after all-out efforts to save him failed,” the commission said.

Liu is at least the seventh health worker to die of the COVID-19 disease among the more than 1,700 doctors and nurses who have become sick.

The confirmation followed conflicting stories the previous day as doctors were still attempting to save him.

The Hubei native had graduated from Wuhan University’s School of Medicine in 1991 and went on to a career as a chief physician, neurosurgeon and administrator.

Earlier this month, public outrage was stirred by the death of Wuhan doctor Li Wenliang, who had been threatened by police after releasing word of an outbreak of an unusual respiratory illness in December before it had spread widely and the city was placed under quarantine.

The number of new coronavirus cases in mainland China fell below 2,000 for the first time since January but the virus remains far from contained.

The total death toll in China has climbed to 1,868, the National Health Commission said. There were 1,886 new confirmed infections, for a total of 72,436 cases.