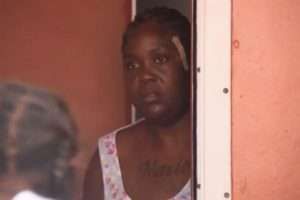 nypost.com- A Miami woman wounded in a drive-by shooting was told she suffered a graze wound and sent home with a bandage – but later found out she still had a bullet lodged in her head, according to reports.

Shakena Jefferson, 42, and two other people suffered gunshot wounds near her home in Southwest Miami-Dade a week ago, according to ABC News.

She was taken to a local hospital, where a doctor wrapped up the wound near her left temple, gave her antibiotics and sent her home, her wife, Janet Medley, told the network.

“She was experiencing short-term memory loss. She couldn’t remember anything. She kept on repeating the same thing over and over,” Medley told ABC News.

Three days later, she took Jefferson to another trauma center, where an X-ray discovered the slug.

Medley said she and Jefferson plan to take legal action against the first hospital.

“They put the Band-Aid on her head, gave her antibiotics and just sent her home,” she said. “We could have done that ourselves at home.”

Police Detective Argemis Colome told the news outlet that no arrests have been made. He said all of the victims are gay but that the shooting by gunmen on ATVs has not been classified as a hate crime.

“We’re definitely looking into it as a very violent crime. We’ll see if we get more information and if it does come to that then obviously there will be an additional charge that we can add,” Colome said.