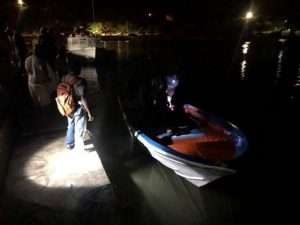 (stlucianewsonline.com) – A small plane has gone down in the sea off the coast of Marigot in Dominica, reports indicate.

Marigot is located on the northeastern part of Dominica and is close to the Douglas Charles Airport, the island’s main airport.

An alert was received at around 7:30 pm on Sunday.

Information received indicate that the aircraft was a Piper F-OGKO with four people, two pilots and two passengers on board.

Information also indicate the aircraft is privately-owned and is French registered.

French media has reported that the plane was coming to Dominica on an outing organized by “Ailes de Guadeloupe” club.

Rescue boats were also sent out from Marigot to search at sea.