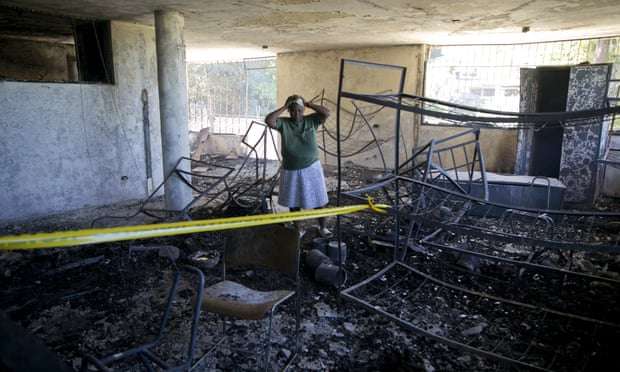 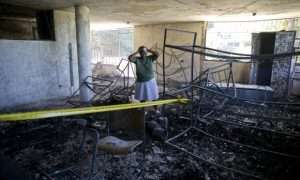 theguardian.com- Two children burned to death when fire broke out at the orphanage of the Church of Bible Understanding on the outskirts of Port-au-Prince on Thursday night. Thirteen others died in hospital due to asphyxiation.

Rescue workers arrived at the scene on motorcycles and did not have bottled oxygen or the ambulances needed to transport the children to the hospital, said Jean-Francois Robenty, a civil protection official.

“They could have been saved,” he said. “We didn’t have the equipment to save their lives.”

The Scranton, Pennsylvania-based Church of Bible Understanding says on its website it started its first orphanage in Haiti nearly 40 years ago. It says its primary goal is “to spread the gospel to any and all who will receive it”.

Arielle Jeanty Villedrouin, the director of the Institute for Social Welfare, said the orphanage, which housed about 60 children, did not have state authorization to operate. Just 35 of 754 orphanages in Haiti are officially authorized, with a further 100 in the process of getting a license.

The government has closed about 160 institutions over the last five years, she said, and has barred any more from opening.

According to the Associated Press, the group lost accreditation for its homes after a series of inspections beginning in November 2012. Haitian inspectors faulted the group for overcrowding, unsanitary conditions and not having enough adequately trained staff.

The Church of Bible Understanding operates two homes for nearly 200 children in Haiti as part of a “Christian training program”, according to its most recent not-for-profit organization filing. It has operated in the country since 1977.

It identifies the homes as orphanages but it is common in Haiti for impoverished parents to place children in residential care centers.

Four in five of the about 30,000 children in Haiti’s orphanages have living parents who gave them up because they were too impoverished to look after them, according to the government.

“We take in children who are in desperate situations,” the organization says in its tax filing for 2017, the most recent year available. “Many of them were very close to death when we took them in.” The not-for-profit reported revenue of $6.6m and expenses of $2.2m for the year.

… we’re asking readers, like you, to make a new year contribution in support of the Guardian’s open, independent journalism. This has been a turbulent decade across the world – protest, populism, mass migration and the escalating climate crisis. The Guardian has been in every corner of the globe, reporting with tenacity, rigour and authority on the most critical events of our lifetimes. At a time when factual information is both scarcer and more essential than ever, we believe that each of us deserves access to accurate reporting with integrity at its heart.

You’ve read 8 articles in the last four months. More people than ever before are reading and supporting our journalism, in more than 180 countries around the world. And this is only possible because we made a different choice: to keep our reporting open for all, regardless of where they live or what they can afford to pay.

We have upheld our editorial independence in the face of the disintegration of traditional media – with social platforms giving rise to misinformation, the seemingly unstoppable rise of big tech and independent voices being squashed by commercial ownership. The Guardian’s independence means we can set our own agenda and voice our own opinions. Our journalism is free from commercial and political bias – never influenced by billionaire owners or shareholders. This makes us different. It means we can challenge the powerful without fear and give a voice to those less heard.

None of this would have been attainable without our readers’ generosity – your financial support has meant we can keep investigating, disentangling and interrogating. It has protected our independence, which has never been so critical. We are so grateful.

As we enter a new decade, we need your support so we can keep delivering quality journalism that’s open and independent. And that is here for the long term. Every reader contribution, however big or small, is so valuable.