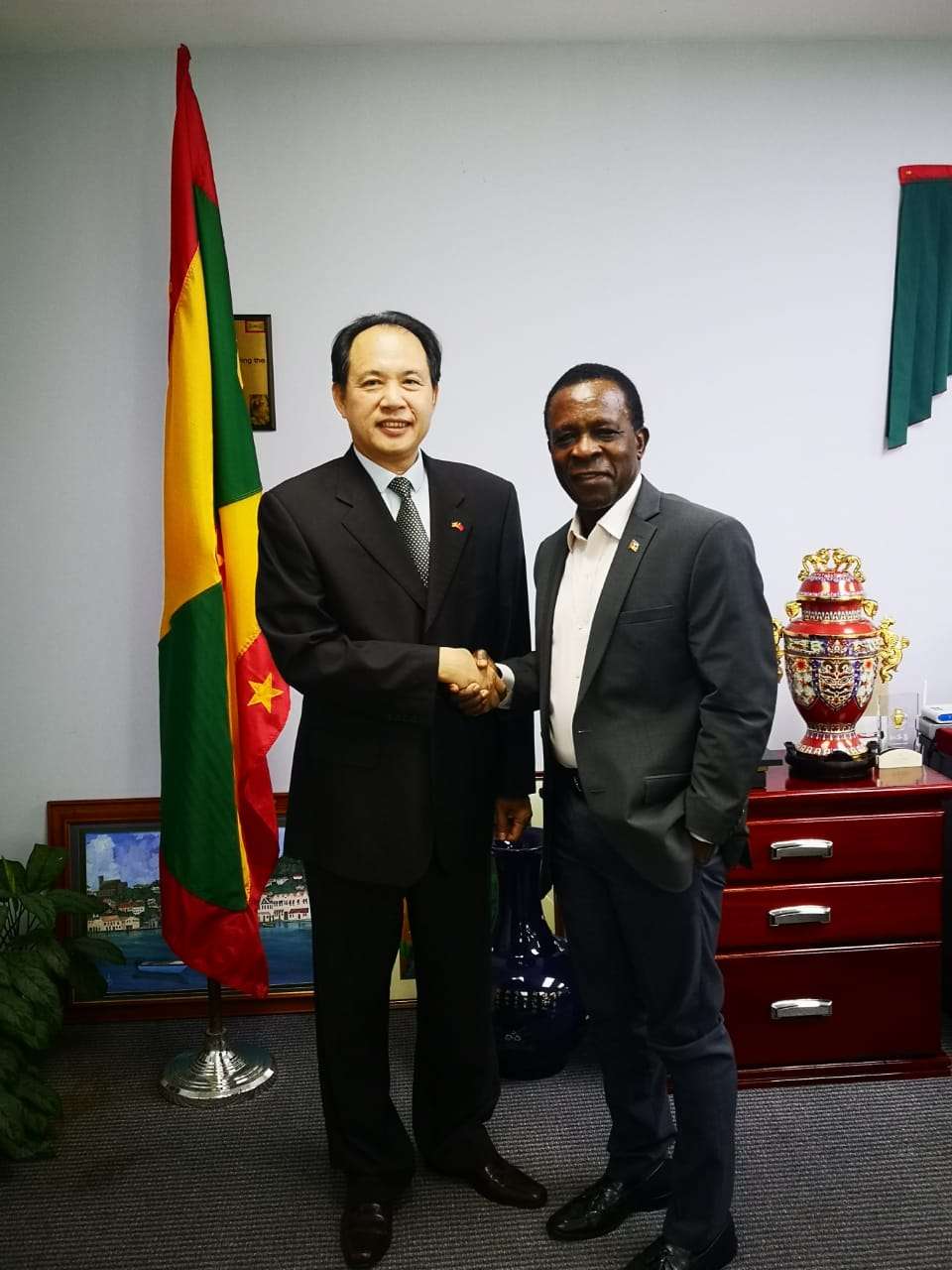 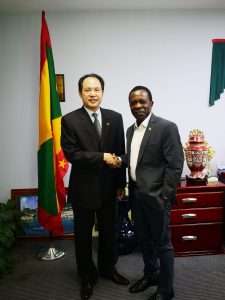 PR – Prime Minister, Dr. the Right Honourable Keith Mitchell met with Ambassador of the People’s Republic of China to Grenada, His Excellency, Zhao Yongchen for the second time in recent weeks, to discuss the outbreak of the Coronavirus.

During the recent meeting, both the Prime Minister and the Chinese Ambassador outlined the actions being taken by their respective governments to protect citizens.

Ambassador Yongchen also gave assurances that the Government of the People’s Republic of China is doing everything possible to control the spread of the virus.

Dr. Mitchell welcomed the actions being taken by the Chinese Government and praised President Xi Jinping for his decisive leadership in addressing the current situation.

The Prime Minister expressed similar confidence in the actions of President Xi when he delivered his Independence Day address last Friday.

In a letter dispatched to Beijing recently, Dr. Mitchell also expressed confidence in the leadership of the Chinese President and optimism in China’s ability to face the current challenge. “We commend your exemplary leadership and the efforts of the Chinese Government in your attempts to combat this scourge.”

With regard to the travel ban that was instituted by Grenada earlier this month, Dr. Mitchell said given the fluidity of the situation, all measures are reviewed as developments take place.

Both the Governments of Grenada and the People’s Republic of China have committed to continue monitoring and reviewing the actions being taken to control the spread of the Coronavirus.