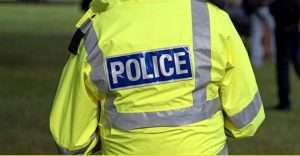 (JAMAICA STAR) – Many persons, including his past students, were shocked when they learnt that Troy Chambers, a drama teacher, had been impersonating a policeman for years.

“He was a very strict and disciplined teacher and always tells us that this was some of the principles he learnt because he was a cop. We even saw him with a firearm at times but we thought it was either his personal, licensed weapon, or that it belonged to the JCF (Jamaica Constabulary Force),” a past student said.

The 36-year-old educator was charged last Thursday when he carried another man into the Elletson Road Police Station to give a statement.

According to the police, Chambers introduced himself as a sergeant, but was later asked to show his identification card after his actions somehow aroused suspicion.

Chambers, who was carrying a firearm, admitted that he was not a cop and was immediately arrested and the gun taken.

In analysing the situation, Senior Superintendent of Police, and head of the Corporate Communications Unit, Stephanie Lindsay, said this type of behaviour is often exhibited by persons who applied to be part of the JCF and did not make it.

“Some do this because they want to have a sense of belonging or they want to carry out their gang activities,” she said.

Lindsay told THE STAR that persons can easily identify real police by their uniform, which consists of their badge number.

She said that if persons are doubtful, they can ask for the person’s identification card, which should have the same information on the uniform.

“They should have a regulation number that is unique to every police officer and it is worn on their shirt. They have badges on their shoulders and also chevron (a V-shaped line or stripe) on to show their ranks. A corporal has two chevrons and a sergeant has three,” she said.

She said they should have their regulation number at all times, especially when they are on duty.

“They should have their ID when they are on duty, especially when they have a gun. People make fake vests or sometimes even steal them, but if people engage in any law enforcement activity with you, and you are in doubt, ask them to produce their ID,” she said.