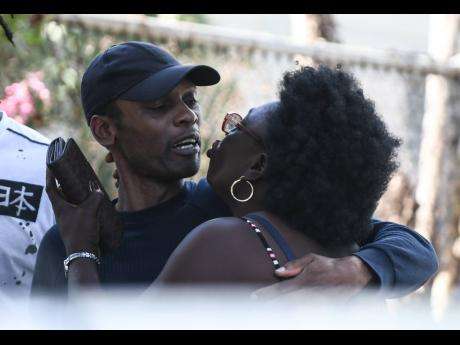 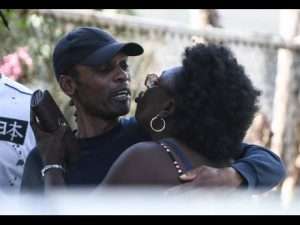 (JAMAICA GLEANER) –  “They know what they were doing. I will be all right”, was all one man, the first to walk out of the Harman Barracks processing centre in Kingston, had to say before he was warmly embraced by his crying mother, Ann-Marie Williams.

She hugged him tightly then both walked towards a waiting car parked a few metres away. His only respite from the ordeal, she puts it, is that he will be cared for.

Earlier, Williams lambasted the Jamaican Government for allowing planned deportations such as yesterday’s to take place. She called for more dialogue on a procedure that she said was ripping families, add double punishment for the convicted.

“I am sure they can say to England that they are not willing to accept these releases, because if these people are there since age three, four and five, the Government should say they are not welcomed here,” she said of the Jamaican Government.

One of the “involuntary returning residents” spoke to The Gleaner via telephone on condition of anonymity shortly after being released.

He said he had been charged with manslaughter and spent five years in a UK prison before he was released but disagrees with being sent back to Jamaica, having left the island at age nine. He is now concerned about the three children he has left behind in Britain.

“I won’t say I was innocent. I won’t say I never hurt people, but I did my time. It’s punishment on more punishment,” he said, adding that he was “petrified” at the thought of no longer being able to see his children.

“In prison, I was dad who was incarcerated, but at least they could me see me. Now I am dad, thousands of miles away. It’s impossible. I am paying twice all over for my mistakes.”

The Evelop Airliner with 17 confirmed deportees on-board departed the Doncaster Airport in Sheffield, England, early Tuesday morning and arrived just after noon Jamaica time, before being bussed to Harman Barracks.

The British Home Office had said that the deportees had committed serious crimes such as murder, manslaughter, rape, violence, and dealing in Class-A drugs.

Originally it was reported that 50 people were expected to be sent back, but an eleventh-hour court ruling spared more than two dozen others.