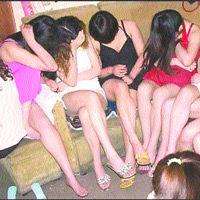 trinidadexpress.com- Two police officers have been arrested in connection with trafficking in persons and other gang-related activities.

It happened during an anti-crime exercise conducted in the Central Division overnight.

The officers, who are attached to the Central Division and live in the district, were held along with a Venezuelan national, after their homes and lockers at the station were searched.

The operation included officers of the Special Operations Response Team (SORT), the Counter Trafficking Unit, and a Special Task Force established by Commissioner of Police, Gary Griffith, with human trafficking being part of their overall mandate.

Investigations are ongoing and further arrests are imminent.