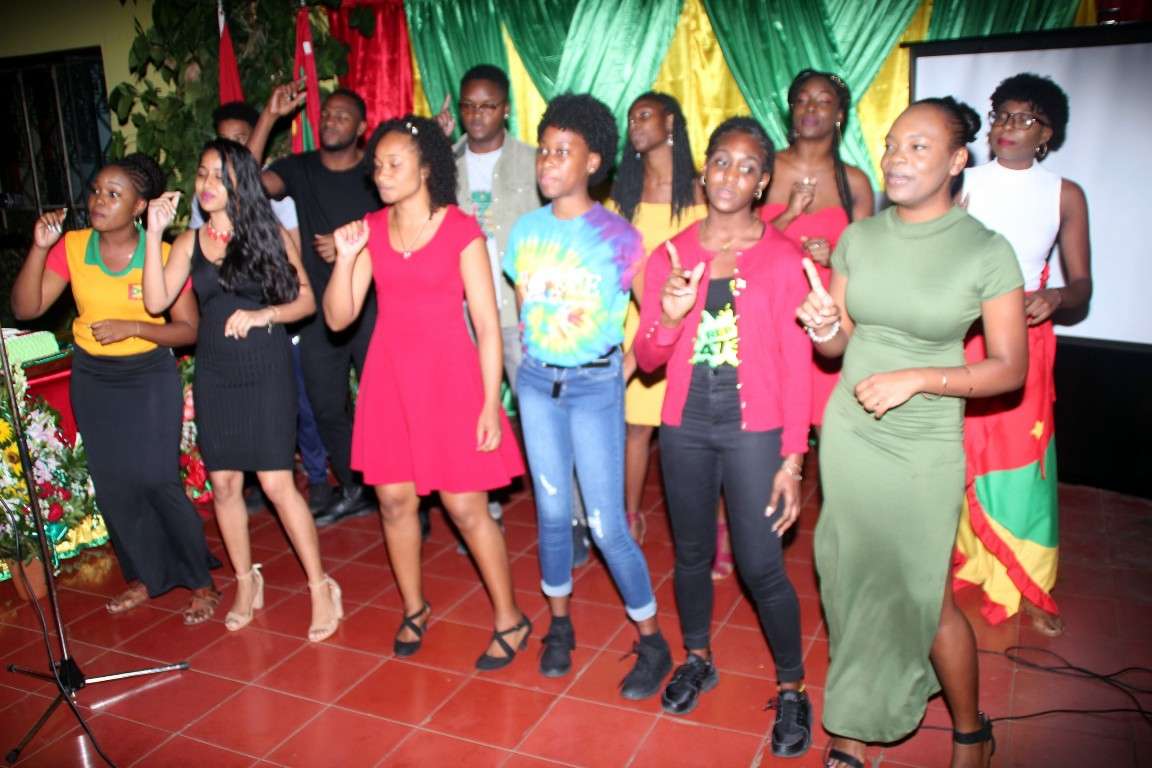 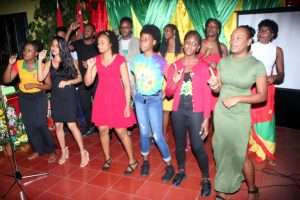 On Saturday, February, 8th, the day started with our students participating in their usual outdoor and indoor games while availing themselves of the opportunity to socialize with each other. There was also a steel pan performance by youth from the Caribbean Association, an organization made up of persons of Caribbean descent.

The evening’s program chaired by Dr. Petra Francis included speeches from the attending dignitaries, the feature address by Ambassador, Her Excellency Claris Charles, presentation of awards to students who received a GPA of five followed by cultural performances by students.

At the ceremony, Ambassador Charles received a special award from the five students from the province of Pinar Del Rio who will be graduating later this year. They expressed their gratitude to her for her guidance, support and motherly love that she gave to them over their years spent in Cuba.

To bring the curtains down on the weekend celebrations, the students attended their annual, independence dance which attracted students from other Caribbean islands and Africa.

On Sunday February 9th, the students left Havana to return to their various universities in Cuba.

The following students received awards for exceptional academic performance in 2019.