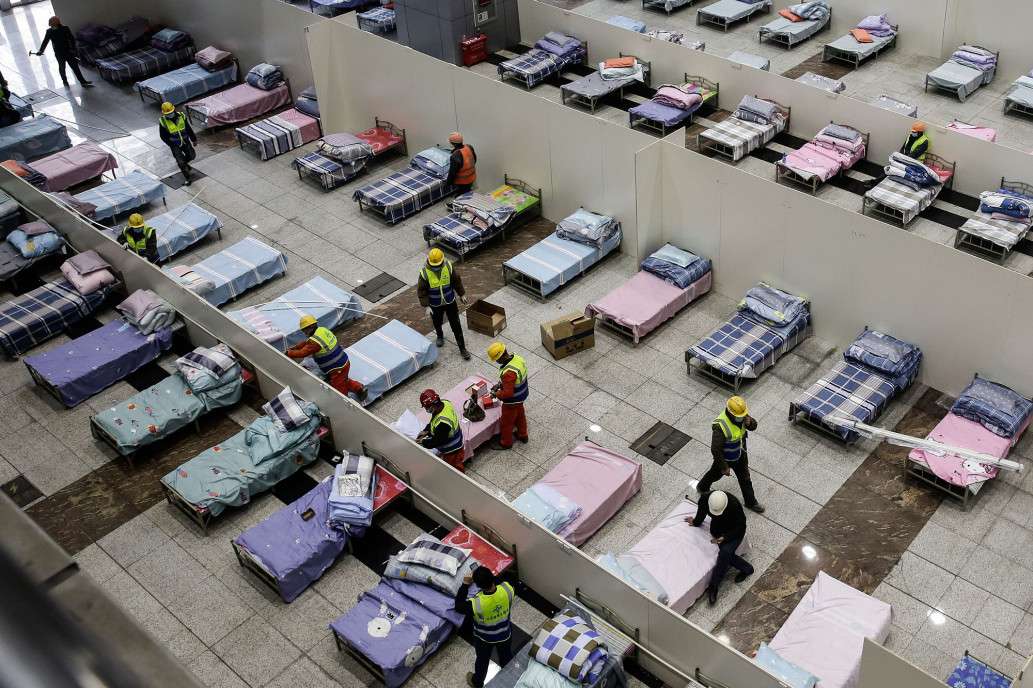 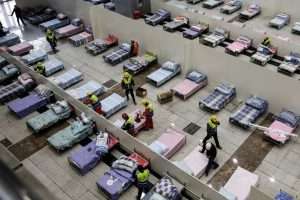 NEW YORK POST- Authorities in Wuhan are scrambling to turn nearly a dozen public facilities, including sports and exhibition centers, into makeshift hospitals to handle the surge in coronavirus patients, according to reports.

The Hongshan Gymnasium, the Wuhan International Conference and Exhibition Center and a cultural complex known as the “Wuhan Living Room” are being converted into temporary hospitals, according to the state-run Xinhua News Agency.

Officials in the central Chinese city, where the deadly virus originated in a seafood market, also have announced plans to transform eight other sites into medical facilities, Business Insider reported.

Local media did not specify the venues, but said they include places like gyms, sporting centers and exhibit halls.

In total, the 11 makeshift medical centers will provide more than 11,000 beds for coronavirus patients in the city of about 11 million people. Their conversion was expected to be completed Wednesday.

Two full-fledged hospitals have already been built in Wuhan, the capital of Hubei Province, in record time to care for coronavirus patients.

State broadcaster CGTN reported that the makeshift hospitals will be primarily used for “emergency aid, surgical treatment, and clinical examination.” The facilities will be for patients with mild symptoms.

As of Wednesday, the death toll from the month-long virus stood at 490, while 24,324 people are known to have been infected.

In Hubei Province alone, 479 people have died and 16,678 have been infected, according to the latest figures.