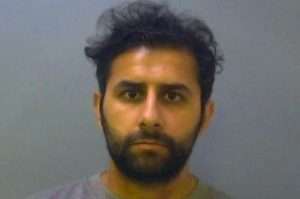 NEW YORK POST- A failed British medical school student duped his family into believing he was a qualified doctor, and attempted to kill four relatives when he feared they’d uncover his lies, according to a new report.

Satya Thakor, 35, was sentenced Monday to 28 years behind bars for attempting to kill his wife, mother-in-law, brother-in-law and sister-in-law during a May 2019 stabbing rampage in Wraysbury, Berkshire, the Telegraph reported.

Thakor met his wife, Nisha, while he studied biochemistry at a London university, Reading Crown Court heard. But he failed his exams to qualify as a doctor — a shortcoming that he never revealed to his wife’s family — and instead pretended he was a practicing physician for as long as a decade, according to the report.

He visited a library every day to read medical books — so he could brush up on professional lingo — and even pretended to work night shifts, the court heard.

But when Nisha suggested that the couple take a dream vacation to Los Angeles with their daughter, he knew he couldn’t keep up the facade much longer — because he didn’t have the money for the trip.

So he planned to kill his mother-in-law, Gita Laxman, to buy time, according to the report.

Thankor lunged at Laxman with a knife, while trying to cover her head with a pillow, on May 14, the paper reported. But Nisha heard what was going on and tried to intervene.

Then Thakor turned his attention to his wife, stabbing her in the neck at least once and again in the leg, the court heard.

His brother-in-law, Primal Laxman, entered the fray — but Thakor attacked him as well, according to the report. He also stabbed his sister-in-law, Rishika Laxman, who was sleeping in the next room, the outlet reported.

“The shame of not being able to graduate as a doctor and the fear of admitting this would cause my family and friends to abandon me and my upcoming wedding to be called off, led me to lie and say that I had graduated and become a doctor,” Thankor said in a letter to Judge Paul Drugdale obtained by the Hindustan Times.

But during the sentencing, Drugdale showed no mercy for Thankor.

“You chose an extreme act of violence to get out of the difficulty that you were in,” he said, according to the Telegraph. “You could have stopped it as the madness that it was and as the idiotic decision that it was, but you chose not to.”