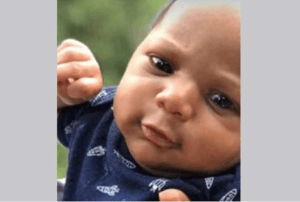 (JAMAICA OBSERVER) – ANNIESHA Ramsay, the woman held with the baby who was snatched from his mother’s arms last October, is to appear in the Kingston and St Andrew Parish Court today.

The 21-year-old woman, who was heavily pregnant last year, was charged with child stealing following a ruling by the Office of the Director of Public Prosecutions.

According to a report from the constabulary’s Corporate Communications Unit, Ramsay was arrested on January 22, 2020 when investigations led the police to a house at which she was staying. The baby, Nyyear Frank, who was five weeks old when he was stolen, was subsequently found.

A DNA test later confirmed that the stolen baby belonged to Aaliah Wray and Natheniel Frank.

Reports from the police are that about 5:00 pm on October 13, Wray was walking on Rousseau Road in St Andrew with baby Nyyear when a motor car, with three men aboard, drove up.

The police say one of the men exited the vehicle and forced the mother and child into the car.

The men subsequently took the child and released the mother.

Under Section 69 of the Offences Against the Person Act, Ramsay could be imprisoned for a term not exceeding seven years, with or without hard labour, if she is found guilty.

Last year, Peta-Gay Ffrench, the woman who pleaded guilty to snatching a day-old baby from Victoria Jubilee Hospital, was sentenced to 40 months’ imprisonment at hard labour.