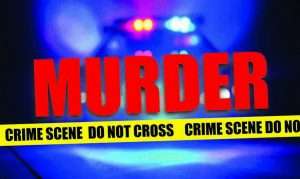 (JAMAICA STAR) – More than 100 Jamaicans were murdered in January alone, police statistics have revealed. Of the 281 major crimes – murder, shootings, rape and aggravated assault – recorded in the first month of 2020, some 116 were murders.

The police data show that major crimes were down seven per cent at the end of January, but murders are up 8.4 per cent when compared to the corresponding period last year when 107 persons were killed.

Thirty-five murders were recorded in the last week of the month.

For 2020, the parishes of St Thomas and Portland were the only ones that did not record a murder in January, while the eight police divisions in Kingston, St Andrew and St Catherine racked up a combined total of 70 murders.