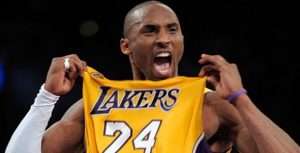 stlucianewsonline.com – The Faculty of Sport at The University of the West Indies (The UWI) joins millions around the world in offering deepest condolences to the family and friends of the late, great, global sporting icon Kobe Bryant, his daughter Gianna, as well as the seven other helicopter passengers who died on Sunday, January 26, 2020.

Kobe epitomised excellence and was a role model for millions, not only as a legendary basketball player, but a philanthropist and family man.

We in the Caribbean were shocked and saddened upon hearing the news, recognising the inspirational impact he has had on the people of this region over his 20-year career. His commitment to the process of teaching and learning was clearly evident with the establishment of his Mamba Sports Academy. Embedding the intellectual dimension to skills development made him an icon not only on the court but also in the classroom.

Colleges and universities the world over that have been a part of his journey will be much the poorer. Those of us in the educational aspect of sport will continue to celebrate the high standard that he has set, as an advocate for the holistic development of young students.

His legacy will stand the test of time.