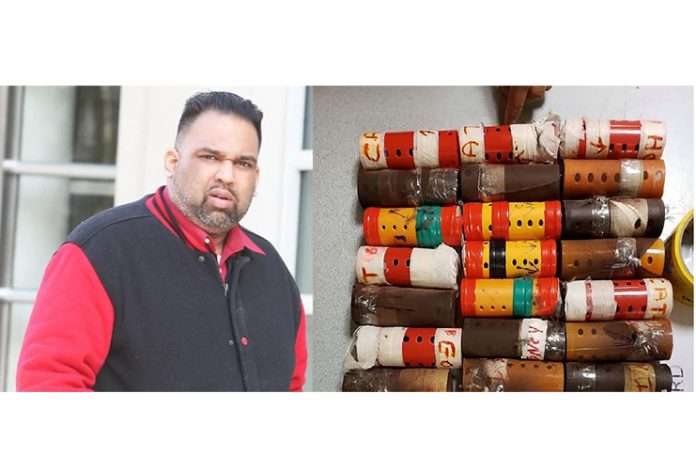 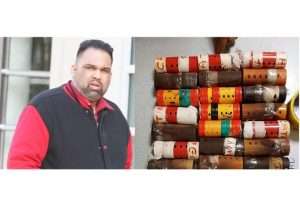 A Connecticut man pleaded guilty in federal court Thursday to trying to smuggle 34 live finches stuffed inside plastic hair rollers into the US on a flight from Guyana to JFK Airport.

The feds say Francis Gurahoo planned on selling the birds for use in high-stakes bird singing competitions held in Brooklyn and Queens — and the Carrie Underwoods of these avian “American Idol” contests can sell for thousands.

Gurahoo admitted to US Customs and Border Patrol agents after his arrest in June that he planned to sell the birds for $3,000 each, which would have made him about $102,000, court papers state.

“I failed to report them,” Gurahoo said to Levy, reading from a written statement. “Instead I tried to sneak them into” the Eastern District of New York, he added.

Gurahoo wore a black letterman jacket with red sleeves to the plea hearing and was visibly nervous — so much so that Levy had to assure him to not “be nervous or scared.”

“I have a family,” Gurahoo told the judge.

Under federal sentencing guidelines, Gurahoo could be sent to prison for from two years to 33 months.

Brooklyn federal Judge Margo Brodie, who presides over his case, still has to sign off on his guilty plea. She could sentence him to less time than recommended under the guideline or give him probation.

“The birds he brought into this country are not illegal,” Attorney Eric Pack said.

Birds are pitted against each other to see which can get to 50 tweets first or how many chirps they can belt out within a minute.

The contests attract bettors and winning finches can be sold for up to $5,000, according to court papers.

The competitions have fueled a black market for Guyanese birds, which are “believed to sing better” than their American cousins and “are therefore more highly sought after,” a US Fish and Wildlife agent wrote in court papers.

In December 2018, a Guyanese man was busted at JFK Airport trying to smuggle in 70 finches using the same hair-roller concealment trick that Gurahoo attempted.