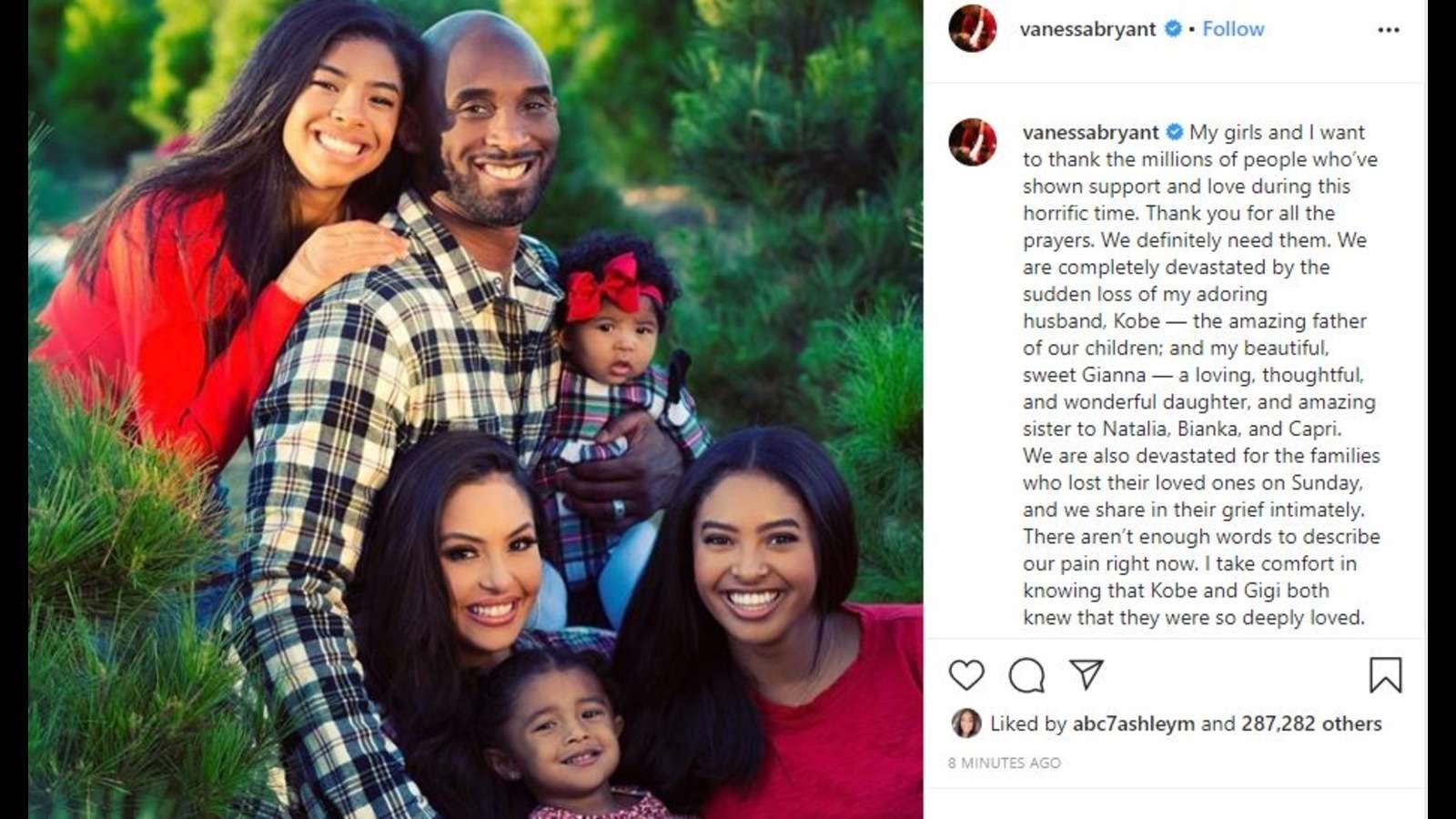 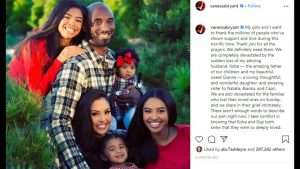 BBC- Kobe Bryant’s widow, Vanessa, has made her first comments since the helicopter crash that killed the basketball star, one of their daughters and seven others last Sunday.

In a post on Instagram with a family photo, she said she was “completely devastated” and that there were not “enough words to describe our pain”.

The couple had four daughters including Gianna, 13, who died in the crash.

There has been no word yet on funeral arrangements.

The cause of the crash in foggy weather west of Los Angeles is still being investigated. Bryant was on his way to coach his daughter’s basketball team in a local youth tournament at the Mamba Sports Academy.

In her post, Vanessa also said: “We are completely devastated by the sudden loss of my adoring husband, Kobe – the amazing father of our children; and my beautiful, sweet Gianna – a loving, thoughtful, and wonderful daughter, and amazing sister to Natalia, Bianka, and Capri.”

She added: “I wish they were here with us forever. They were our beautiful blessings taken from us too soon. I’m not sure what our lives hold beyond today, and it’s impossible to imagine life without them.”

She also thanked people for their support, and announced the formation of a fund to help support the other families that were affected by the crash, the Mamba Sports Foundation.

The other victims included the pilot, two other 13-year-old girls involved in the tournament, three of their parents and another coach.

Bryant was a five-time NBA champion for his only team, the Los Angeles Lakers, and a double Olympic gold medallist. After a 20-year career with the team he retired in April 2016.

On Wednesday, the Lakers added to the tributes, describing Bryant as “more than a basketball player”.

“We are devastated and have been forever changed by the sudden loss of Kobe Bryant and his daughter, Gianna,” the Lakers said in a statement posted to Instagram.

“Words cannot express what Kobe means to the Los Angeles Lakers, our fans, and our city. More than a basketball player, he was a beloved father, husband, and teammate. Their love and light will remain in our hearts forever.”