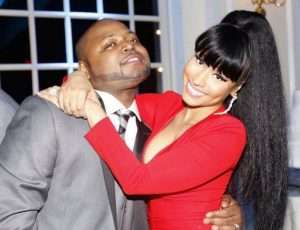 (TRINIDAD EXPRESS) – Jelani Maraj, the older brother of Trinidad-born American rapper Nicki Minaj was sentenced to 25 years to life in prison for raping a child.

The verdict was handed down to the 41 year old man on Monday.

In 2017, Maraj was found guilty of predatory sexual assault against a child and endangering the welfare of a child.

“She was 11 years old and you did this,” State Supreme Court Justice Robert McDonald told Maraj in Nassau County Court shortly after the verdict.

At the trial, Maraj asked for a second chance. He cited an alcohol problem. His attorney claimed Maraj also suffered from other health issues like hypothermia, gout, and anaemia.

According to US media reports, Maraj’s lawyers said during the trial that the rape allegations were conocoted by the girl’s mother as part of a scheme to get his famous sister to pay $25 million in hush money.

The victim said she was repeatedly rape by Maraj. It sometimes occurred twice a day, she said.

Prosecutors in the case said DNA evidence from the girl’s pajama pants was linked to Maraj. The victim’s younger brother, who also testified in court, said that he witnessed one assault.

The victim is now 14 years old.

Judge McDonald expressed that he hopes the verdict will help the victim and her family heal.