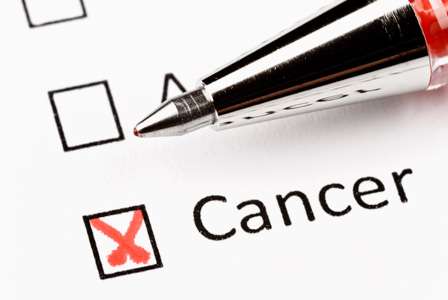 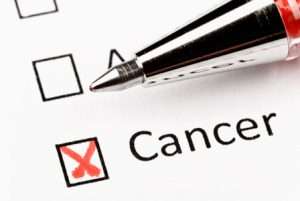 (JAMAICA STAR) – A young man who was given one month to live 14 years ago is now cancer free.

Kabul Rochester, a Portland native, was diagnosed with medullablastoma at age 13. The cancerous tumour, which started at the base of the skull, threatened his life to the point where doctors told his mother Glenda Harris that his chance of survival was minimal.

However, Harris got the news she has been anticipating for years late last December. She said that she thought her son’s condition had worsened when medical staff, after reading his MRI results, told her that she needed to get in contact with his doctor.

“I was supposed to pick up the results on the Saturday and the way I was stressed out, I couldn’t go until the Monday. When mi reach, mi hear the doctor say ‘Wow’, and mi heart almost drop out because I was still thinking it was something wrong. He then told me that my son was cancer free and I hugged him,” she said.

Medulloblastoma tumours tend to spread to other parts of the brain and to the spinal cord. As a result, Rochester, now 27, cannot walk properly.

GLAD BAG BUSS
His condition was diagnosed a month after he started high school and he has not seen inside of a classroom since.

“At nights mi used to fraid to go sleep and every minute mi go touch him toe and start watch if him a breathe. Mi start let him sleep with mi and up to now a mi and him sleep a night time. Mi glad bag buss, mi nah lie. When mi tell Kabul, him just let out a deep sigh and say ‘Thank God’. From him hear say him cancer free, him start to step out and a hold on to things and a walk,” she said.

Following that exercise, financial constraints began to burden Harris. The cell disease that forms the tumours could only be eradicated through a treatment called craniospinal radiation, available only at the Radiation Oncology Centre of Jamaica.

So in 2014, Harris came to THE STAR seeking the public’s assistance in obtaining the almost $J1.1 million needed for the critical operation. After the article was published, Jamaicans offered a lending hand.

“The NWC, CHASE Fund, (Member of Parliament Daryl Vaz and a host of other persons) came on board to help him. This shows that there are still good persons in this world. There were persons who assisted through prayers and mi thank every single body. When mi see the amount on the paper … mi never see dem big figure deh yet. Is a lady tell mi say is over $1 million it a go cost,” she said.

The mother and son also received assistance from charity organisation Food For The Poor, that provided them with a sturdy two-room structure to replace their dilapidated one-room dwelling.

Rochester had dreams of becoming a pilot and Harris says she will continue to push him towards achieving it.

“Him love computer so mi would really waan see him go back a school because him nuh go from him a 13,” she said. “He is a fighter and I will never give up on him. We are really just happy and once again I would like to say thanks.”