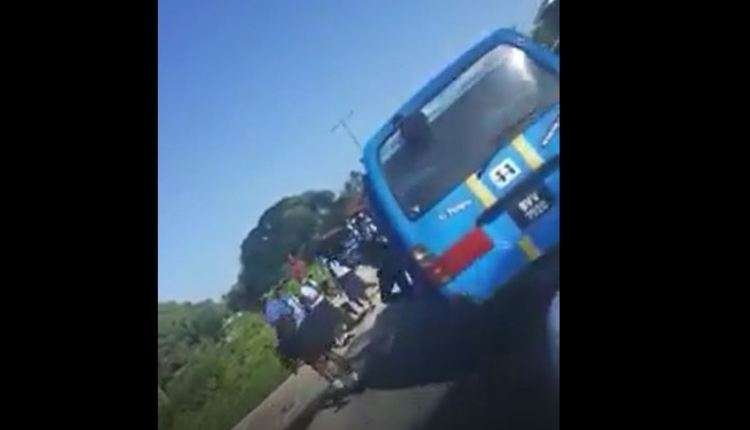 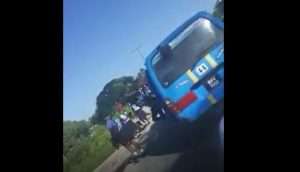 (NEWS ROOM GUYANA) – The driver of the minibus in which students were seen jumping out while the bus was still moving has been charged and jailed for six months.

According to the police, the driver – Omkar Rambharose – was arrested on Wednesday and charged on Thursday with dangerous driving for which he pleaded guilty and was jailed for six months; his license was suspended.

In a viral Facebook video, several students were seen jumping from the moving minibus, BVV 7920, driven by Rambharose. One student fell from the bus and sustained injuries during the ordeal.

A search is on for the conductor of the minibus who made good his escape.

However, the police said another male, Mahendra Ramsammy, who is also a conductor, was found in the bus and was arrested. He was charged for being an unlicensed conductor and for breach of Insurance; he pleaded guilty and was fined a total of $40, 000 with an alternative of two weeks imprisonment.