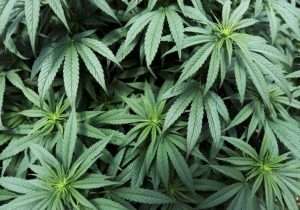 trinidadexpress.com- A MECHANIC caught with two kilogrammes of marijuana in his car was yesterday denied bail.

Keith Yard was charged with possession of marijuana for the purpose of trafficking.

The charge was laid by constable Kareem George.

San Fernando senior magistrate Jo-Anne Connor heard that it was at 10.40 p.m. on Tuesday that officers along the Southern Main Road in St Margaret’s stopped the car being driven by Yard.

A female passenger was in the front seat.

When asked by the police if he had anything illegal, Yard admitted, “I have some kilos in the car.”

Two brown packets with marijuana were found on the floor in the back of the car.

Yard said that it was his and the other passenger knew nothing about it.

Defence attorney Frank Gittens said his client was a father of five and the sole provider for the family.

He said Yard, 26, of Marabella, had financial problems, his rent was soon due and he was “under pressure”.

He said Yard took a job to transport the marijuana to make some quick cash.

Connor remanded him into custody for the information to be presented. Yard will return to court tomorrow.

The magistrate commended George for his keen sense of observation which led to prosecution.