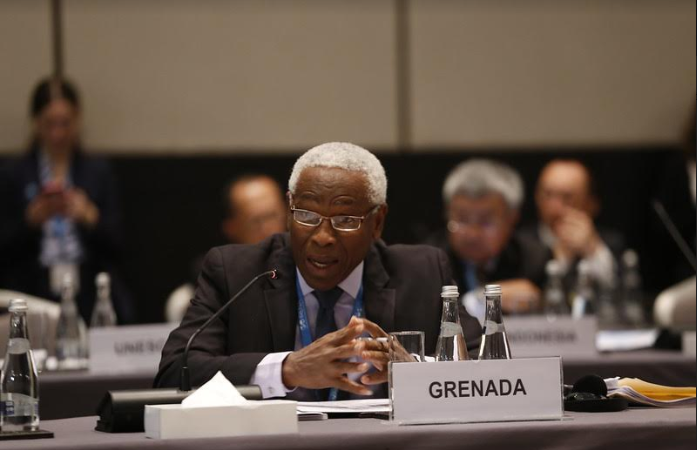 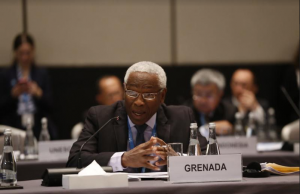 During the three-day session, which included discussions on renewable energy and the way forward for its effective implementation, Minister Bowen was able to make his valuable contribution at the High Level Meeting on “Accelerating the Energy Transformation on Small Island Developing States”.

He called upon the International Community to “honour their commitments in assisting Small Island Developing States (SIDS), such as Grenada, in meeting their renewable energy targets which include the lowering of energy prices”.

Minister Bowen highlighted some of the hindrances Small Island Developing States (SIDS) face, particularly those in the Caribbean Community, such as access to available funds and the price of energy, which have been a burden to the effective and steadfast implementation of renewable energy goals. “Targets cannot be met if promises are made and not kept,” he stated.

Having raised some of the same issues in the past with international agencies and states, the Minister urged members of the platform to take heed of the challenges being faced and to encourage developed countries to honour their commitments in assisting Small Island Developing States to reach their renewable energy targets.

While it is encouraging and helpful to have the youthful voice advocating for mitigating the negative impact of Climate Change, nothing will be realized without the Governments of the impacted Nations taking strong actions to push the developed countries to meet their commitments,” the Minister pointedly told the meeting. His contribution was the most talked about at the social gathering of the participants, prompting the Secretary General of IRENA Francesco Camera to seek him out.

IRENA has requested Grenada to confirm its commitments/targets in respect of the Nationally Determined Contribution for Carbon emission reduction and renewable Energy use. While by 2020, Grenada’s use of renewable energy should be close to 20%, the country has only reached 6% of capacity and 1.5% of energy production, a situation that could result in grave consequences.