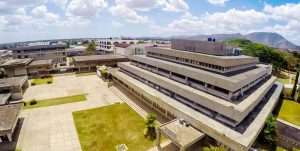 (TRINIDAD EXPRESS) – Several scholarship recipients enrolled at the University of The West Indies, St. Augustine, have been threatened with eviction after being deprived of their promised scholarship stipends for the past six months.

Mickayla Ramdeen, who received an additional scholarship in 2016, told the Express that approximately 40 scholarship students enrolled at the medical sciences faculty have not received stipends since July of 2019.

As a result, many of these scholars have been put into strenuous financial situations as they are unable to pay rent, purchase food or sustain their travelling expenses.

“Our last payment was in July 2019, where we were paid for July to September. For October to November 2019, as well as January to March 2020, scholars didn’t not receive any payments. Now tell me how would you as a working adult managed to keep afloat without six months’ pay. How can three months’ pay last you nine months? ”

“Mainly for renting, scholars from far south use their payments to rent around Mt. Hope since most classes and mandatory rotations take place there. Scholars are now battling emails of eviction and threats that they need to leave apartments because they can’t afford to pay their rents.”

“Another main issue is that of travelling. For example those from Sangre Grande use their payments to travel to Port of Spain and South or even to rent down south for certain rotations. This has resulted in us having to be absent from classes and missing out on valid teaching opportunities, “she said.

Ramdeen said that previously, stipends were distributed on a monthly basis. However these payments were sent in an untimely manner, often at the end of the month. As a result, stipends were shifted to cover a three month period and paid in a quarterly basis. While this system worked for a short time, she says it has since collapsed leaving many students to suffer without funding.

In light of this, Ramdeen told the Express that several attempts have been made by those affected to reach out to scholarship officers in the Ministry of Education. However, to date nothing has been rectified.

“Countless emails were sent to our scholarship officers where either they don’t reply or reply saying, “Keep checking your account” or “Payments are being made in batches.” Since November 2019, I have been pleading for some sort of information other than the previously mentioned phrases but there was no reply. Calls after calls were made but no one answered. I was fortunate enough to get a hold of my officer, after two months, who said she couldn’t do anything or tell me anything on the situation but referred me to her supervisor whom like the rest, didn’t reply to emails or answer any calls.” she said.

Former Minister of Tertiary Education, Fazal Karim told the Express that he is disappointed in the current Minister of Education for the way these issues are being handled.

“I am very disappointed in yet another aspect of incompetence being displayed by the Minister of Education. When students are enrolled to pursue their dreams in tertiary education and are unable to receive allowances on time, it puts them into quandary with respect to housing, meals and other things necessary to pursue these dreams.”

“In the past week, which is the first week of classes resuming, this is the second incidence of insufficiency brought about by a lack of resources. Particularly in the area of funding and grants, there is an insufficient number of persons employed to look after these issues.” he said.

The Express attempted to contact the Scholarship Advanced Training Division but was told that the officer in charge was not present. A representative of the Ministry of Education was also contacted. The Express was told that the information would be relayed to relevant personnel.