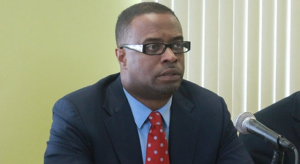 jamaicaobserver.com — Foreign Affairs Minister Mark Brantley says St Kitts-Nevis does not regard the move by the United States to invite some regional countries to a meeting in Jamaica with US Secretary of State Michael Pompeo as a means of dividing the 15-member regional integration movement and that Basseterre, should it attend, would use its presence at the talks to pursue outstanding bilateral issues.

“Well, the secretary of state for the United States has extended an invitation to St Kitts-Nevis at the foreign minister level and we are carefully looking at that because we have some very important bilateral issues with the United States.

“It is very likely that we will seek to attend …unless something would change,” Brantley said in an interview on the WINN FM radio station here.

Pompeo, who is visiting several countries in Latin America, said his two-day visit to Kingston from today will allow him to meet with “many Caribbean leaders to discuss how we can all work together to promote our common democratic values and prosperity for all of our people”, adding “I’m looking forward to a fantastic set of meetings”.

Pompeo said he would also participate in a round table with the foreign ministers of Bahamas, Belize, Dominican Republic, Haiti, St Kitts and Nevis, and St Lucia.

Another issue on the table will be the current situation in Venezuela as Washington continues to lead the efforts to remove President Nicolas Maduro from office in the South American country in support of the Opposition Leader Juan Guaido.

Over the weekend, Barbados Prime Minister Mia Mottley, who is also the chairman of the 15-member Caribbean Community (Caricom), warned of the attempt to divide the regional grouping.

“As chairman of Caricom, it is impossible for me to agree that my foreign minister should attend a meeting with anyone to which members of Caricom are not invited. If some are invited and not all, then it is an attempt to divide this region,” Mottley told a gala to celebrate the centenary of the birth of the late Barbados prime minister and regional integrationist Errol W Barrow.

He said while it is not for him to respond to Mottley’s statement, “I think that each country has bilateral interests.

“The United States continues to be a very significant partner…and as you are well aware since 2015 when I became foreign minister, it has been my charge from the Cabinet to try and repair relations with the United States because we inherited a situation where relations…were at an all-time low”.

He said to be afforded an opportunity to hold discussions with Pompeo “and to raise some of the critical bilateral issues, I think that is an important opportunity for the Government and people of St Kitts-Nevis.

“I was not aware that Caricom was involved at all. It is to my mind not a Caricom meeting, as far as I have been told, but rather an opportunity for those who have been invited to meet and discuss, bilaterally issues with Secretary of State Pompeo (and) certainly that’s the interest St Kitts-Nevis would have”.

Brantley said he does not regard such a meeting as being “divided or divisive” adding “all of us have our own domestic interests and our own path that we are taking in order to leverage diplomacy for the benefit of our people”.

Brantley contended that within the wide remit and umbrella of Caricom it has to be appreciated that there will be bilateral engagements by individual Caricom states. He said each country in its sovereignty must be free to engage for the benefit of its own people provided that no principle that Caricom has agreed upon is violated.

“I would want to be very clear on that. I am not aware nor has the invitation extended to me suggested anything at all about Caricom and, so as far as I am concerned, St Kitts-Nevis is being given an opportunity to speak to a very high level of the US government on issues that impact us,” he noted.

He listed among those issues, the Citizenship by Investment programmes (CIP) through which foreign investors are granted citizenship of the twin-island federation in return for making a substantial financial investment in the socio-economic development of the country.

He said St Kitts-Nevis is also having problems with some of its students acquiring visas to study in the United States and that “those are matters I would like to raise.

“We have other issues such as debt and our notion of graduation (by developed countries) and how that is treated…and I think those are matters I would want to speak directly to such a high level of the US Government on behalf of the people of St Kitts-Nevis.”

Brantley said he had adopted a similar position when last year, President Donald Trump had invited the leaders of Jamaica, Haiti, St Lucia, the Bahamas and the Dominican Republic for talks in Miami on the Venezuela issue among other topics.

“There was a huge uproar in the Caribbean and my view is if you are not invited, then you are not a part of the discussion. We do not know what the discussion was meant to be, but I do not believe that the reaction ought to be necessarily that there is an effort to divide Caricom or an effort to divide the region. We have to respect that the leadership of each country has bilateral issues of their own whether they be trade, security or what they may be,” he said.

Brantley said Washington was free to invite the countries it wished to speak to “on whatever outstanding issues there may be between the United States and those particular countries.

“Equally if tomorrow the prime minister of Jamaica is to invite President Trump to meet with him, again that’s his right,” Brantley said, insisting that he has no problem with Washington “picking and choosing”.

He added: “Why is Caricom being interposed into this? That’s my concern. Had he said he wanted a bilateral only with Jamaica, for example, would we have said he is dividing Caricom?”

But the interviewer insisted that Washington is engaged in an attempt to institute a leadership change in Venezuela and that issue cannot be isolated, to which Brantley responded, “The United States is involved in many activities.

‘The United States has its own agenda and the United States would meet with whoever it wants to meet with. When I meet with Mr Pompeo I am sure that Mr. Pompeo would say to me whatever it is the United States agenda is. You can be assured I will say to him what it is St Kitts-Nevis’s agenda is …but at the end of the day we have the same one vote at the OAS (Organization of American States), one vote at the United Nations, and I will certainly have an opportunity to sit across that table from him and articulate the concerns of the people of St Kitts-Nevis. He will no doubt do the same with me. What is wrong with that?” Brantley added.

At their summit in St Lucia last July, Caricom leaders agreed to maintain their position of non-interference and non-intervention in the internal affairs of Venezuela and agreed also that “mediation-related activities would continue to be pursued by the prime ministers of St Kitts and Nevis, Barbados and Trinidad and Tobago”.