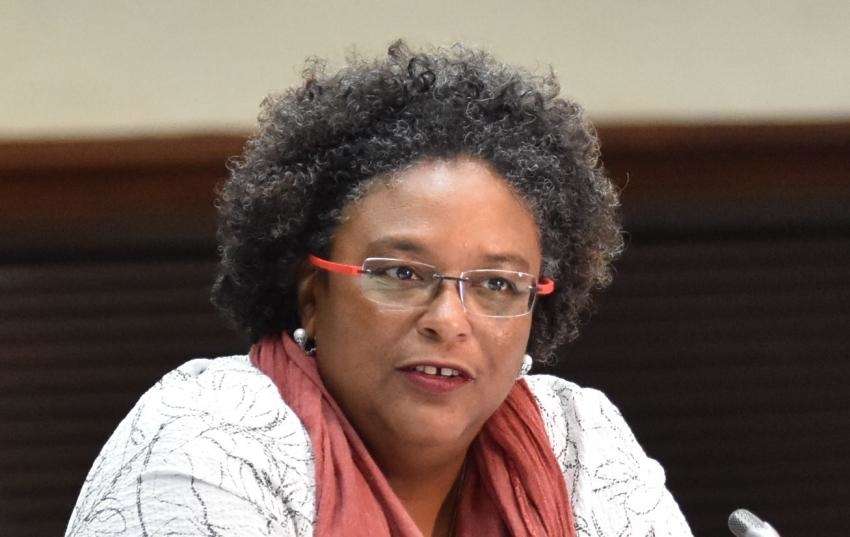 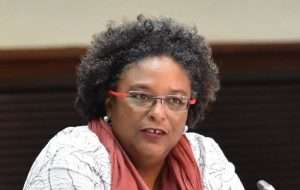 looptt.com- Barbados will not be represented at Tuesdays meeting with US secretary of state Mike Pompeo in Jamaica.

This was revealed by Prime Minister Mia Mottley as she addressed those gathered at a gala held to commemorate the centenary birthday of Barbados’ first Prime Minister Errol Barrow, on Saturday night.

She said “I am conscious that in the next week, questions will be asked as to whether the Barbados Foreign Minister happened to be missing in a meeting in Kingston in Jamaica that will take place on Tuesday. We don’t look to pick fights. I don’t look to pick fights, but I am conscious that if this country does not stand for something, then it will fall for anything. As chairman of CARICOM, it is impossible for me to agree that my Foreign Minister should attend a meeting with anyone to which members of CARICOM are not invited. If some are invited and not all, then it is an attempt to divide this region.”

Prime Minister Mottley said Barbados has been blessed to have been guided and nurtured by a number of people who understood that excellence must be the hallmark in the determination of the path they chose to follow.

She said Barbados aspires to be sincere, correct, moral and principled.

Drawing reference to Mr Barrow’s now infamous statement “we shall be friends of all and satellites of none,” PM Mottley said this is what inspires their position today.

“I say so conscious that principles only mean something when it is inconvenient to stand by them. Conscious that this region must always check itself to ensure that we not become the pawns of others, the satellites of others, but that we keep every most and uppermost in our minds what we must do for our people without simply becoming pawns on a chessboard for others to be able to benefit from,” she said.

Prime Minister Mottley said “the understanding that we shall not loiter on colonial premises or loiter on any premises where we are not wanted, continues to be as relevant today as it was then.”

United States Secretary of State Mike Pompeo is scheduled to visit Jamaica on Tuesday, where he is expected to meet with Prime Minister Andrew Holness and other CARICOM leaders.

During his address at a meeting of the Organisation of American States on Friday, Secretary Pompeo outlined plans to travel to Colombia, Costa Rica and Jamaica.

He said “My team told me that would be really tough duty. I’ll gather at an important meeting with many Caribbean leaders to discuss how we can all work together to promote our common democratic values and prosperity for all our people. I’m looking forward to a fantastic set of meetings.”

It isn’t yet clear, which CARICOM member states were invited and would be present at Tuesday’s meeting.