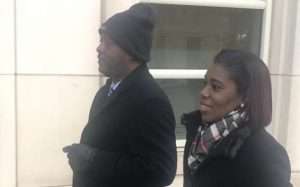 The unanimous verdict was handed down by a 12-member jury after just under two hours of deliberation.

The court found that the former legislator took bribes from insurance giant ICBL in 2015 and 2016 while he was Minister of Industry, International Business, Commerce and Small Business Development.

ICBL then paid him $US36,000 to use his authority to ensure that the firm’s million-dollar contract with the state-owned Barbados Industrial Development Corporation (BIDC) was renewed.

The court was told that he then conspired to hide the payment by having the money sent to a New York dental company, then deposited into his bank account through a series of transfers.

He is to remain on bail pending sentencing next month.