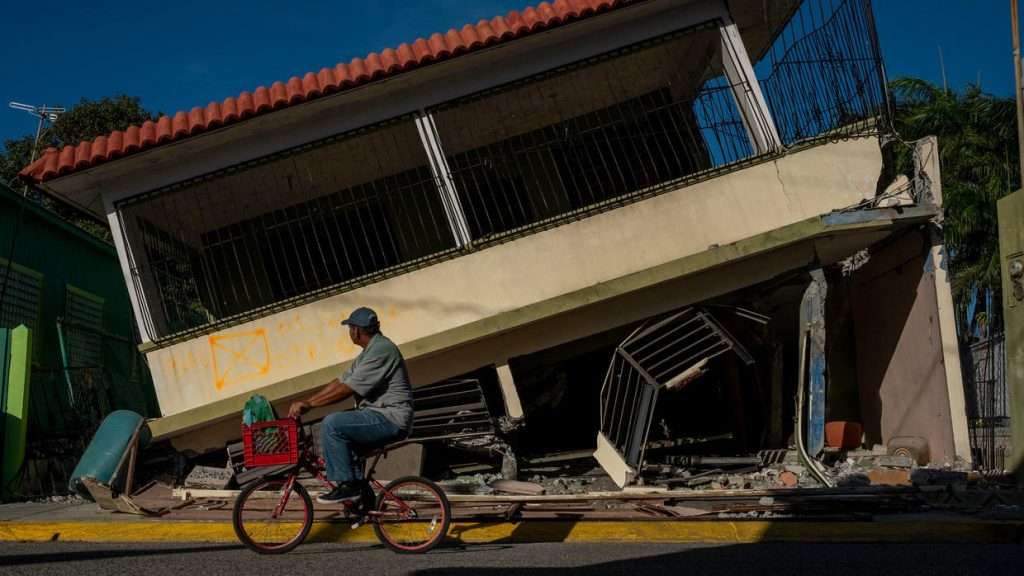 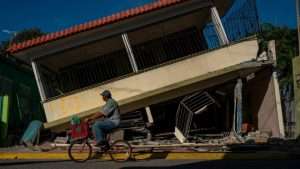 (AFP) — Living out in the open, their nerves on edge after a series of earthquakes that have shaken Puerto Rico, some 5,000 people are hoping that their president, Donald Trump, will heed the island’s plea to be designated a disaster zone and free up much-needed aid.

Since December 28, more than 1,000 tremors have rattled the US island territory in the Caribbean, which just two years ago was devastated by two powerful hurricanes in quick succession.

In Yauco, one of the areas worst hit by the earthquakes, dozens of people were sitting on cot beds Wednesday in the parking lot of a municipal stadium, sheltered from the sun by white tents and blue tarps handed out by the federal disaster management agency, known as FEMA.

“The most difficult thing is the psychological aspect,” said Wilfredo Rodriguez, 31. His house had been fractured by the seismic movement and he has spent a week living with his kids, aged six and 10, under an awning.

“We are living in constant fear of another powerful tremor,” he said.

He only returns to his house to wash, then hurries back to the shelter. “We worry that there’ll be a more powerful tremor while we are inside the house,” he said.

Throughout the day, volunteers arrive to hand out food and toys for the children who fill the shelters: schools have been suspended because the buildings are not sturdy enough to withstand another quake.

The island’s earthquake detection system has registered 1,104 tremors in the past two weeks alone, of which 186 could be felt by the population. By comparison, during the whole of 2019 there were 6,442 tremors, of which just 62 could be felt by people on the island.

Further south, in Guanico, Juan Santiago decided to move into a shelter on Saturday after a tremor of 5.9 on the Richter scale hit the island. “The mountain shook and rocks and earth started to come down,” said the 30-year-old.

“My house has a crack in it and is about to fall down,” he added. His home had weathered the Category Five winds of Hurricane Maria in September 2017 and of Hurricane Irma which followed it just two weeks later.

“It’s different to a hurricane. What is happening now is much nastier,” he said. As he was talking the earth shook again, a tremor of 5.2 magnitude. Vehicles rocked like hammocks in the wind, but the quake-hardened victims barely reacted.

The houses in this part of the island are mostly rudimentary constructions built by the people who live in them with scant resources available in the mountains, where no regulations stipulate that buildings should be earthquake resistant.

The government of Puerto Rico said that as of Monday, there were 4,924 people living in 28 shelters in 14 municipalities. There were no figures on how many buildings had been damaged or destroyed.

Puerto Rico’s governor Wanda Vazquez Garced called on Trump to declare the earthquake a disaster and clear the way for desperately needed aid. Trump had declared an emergency days before, but the governor wanted more.

The declaration of an emergency frees up to US$5 million dollars in aid for the island, although Congress can bump that figure up. But if the situation is designated a disaster, there is no ceiling on funding, a FEMA spokesman said.

On Wednesday, the government said it would release US$8.2 billion in delayed hurricane relief that had been stalled after the president threatened to divert Puerto Rico’s emergency funds to help pay for his wall on the US-Mexico border.

In the past few days there have been growing calls among Democratic lawmakers for Trump to declare the situation in Puerto Rico a disaster.

It is a delicate subject, as Trump has accused the government of Puerto Rico of incompetence and of siphoning off hurricane relief money, triggering a public spat between the president and the mayor of San Juan, Carmen Yulin Cruz, as well as the former governor Ricardo Rossello, who was forced to step down last summer amid massive protests.

The Puerto Rican leaders accused Trump of treating the population of the island like second class citizens.