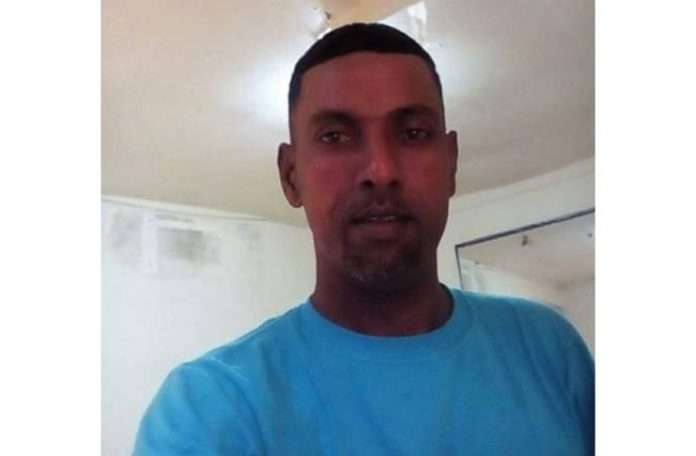 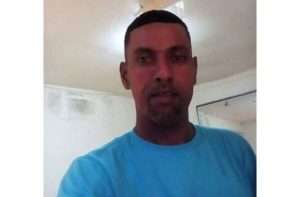 Dead is Bibi Sabeeda Ally, 34. Her husband, Matram Lall, 40, a construction worker has since confessed to the gruesome act.

The couple’s three children are 19, 17 and seven years of age. Police said Ally was stabbed to the left shoulder and neck with a kitchen knife.

Lall was arrested while hiding out at his cousin’s residence across the road from where he lived. Lall is a patient at the West Demerara Regional Hospital under police guard.
“He was arrested and indicated to police that she was being unfaithful to him; it became unbearable to him that night and he became frustrated and stabbed her. Then he ingested a poisonous substance,” a senior police said.

The woman’s mother, Rajpattie Persaud, said her daughter had always complained about her husband’s ill-treatment and abusive behaviour.

She explained that her daughter worked at a shop in Kingston, Georgetown, and, last Sunday night, her son-in-law was out and returned home intoxicated.

“The same night he drinks, he was in a small accident with his vehicle and the person turn up where we live and started to quarrel, saying how he broke his light on the vehicle he hit. So he told my daughter let she get up and go and get some money to pay the man but she didn’t get up, she sit down right there,” the mother explained.

Adding that the owner of the damaged vehicle began to behave in a hostile manner, the traumatised mother said, that upon inquiry, she learnt that the vehicle owner needed $25,000 to fix the damaged light on his vehicle and an agreement was made.

“Since then, he (Matram Lall) keep drinking late into the same night and he started to ill-treat my daughter and she would have to go and sleep with the children. He would then go and chuck her out of the bed and force her to go into his room,” she reflected.
However, on Tuesday night, the distraught mother said she was awakened by the screaming of her daughter.

“I hear my daughter holler Mommy! Mommy! and it was almost midnight. My grandson ran out the room to see what happened and me run out too. He then come out with the knife, and my daughter run out and fall down in front of my bedroom door bleeding. I didn’t realise the stabs she get would have killed she,” the mother said in tears.
She said Matram then turned and watched his son in a very angry manner.

“I then go on my knees and I started to beg him and asked him why he do this, give me the knife, he said he will give me the knife, but don’t call nobody. I told him to go outside let me look after my daughter, and I locked the door behind him,” she said.

The crying mother said minutes after the confrontation, her daughter stopped breathing. She was pronounced dead at the West Demerara Regional Hospital.

Matram reportedly went to his cousin nearby and there he attempted to commit suicide.