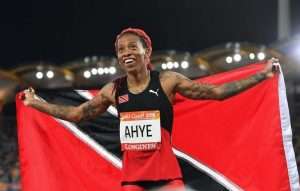 The 27-year-old will also see all her results from April 19-August 30, 2019, scrubbed from the record books, said the AIU, the independent anti-doping watchdog for track and field.

She had been provisionally suspended on August 30, a ruling that saw her already miss last year’s world championships in Doha.

Elite athletes are bound to declare their location for potential visits by anti-doping officials. Any combination of three missed tests or filing failures within a 12-month period is considered a violation of anti-doping rules and carries an automatic two-year ban.