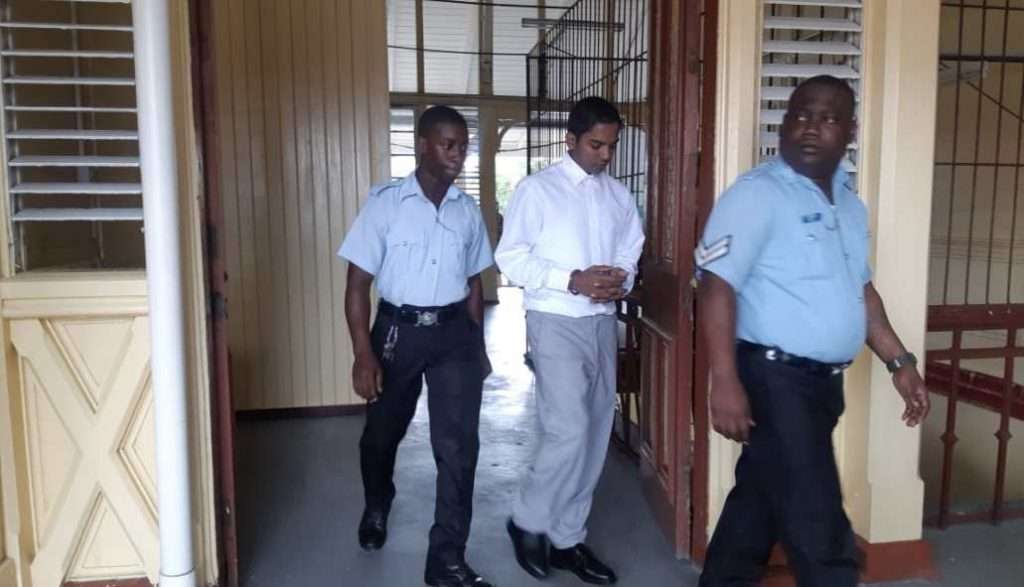 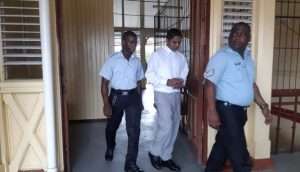 (NEWS ROOM GUYANA) – Shivanand Roopnarine, the Grove, East Bank Demerara man who confessed to the murder of his Sophia, Georgetown girlfriend in April 2015 has been sentenced to life imprisonment

Roopnarine, called Shiv or Tuck, was sentenced on Tuesday; he could be eligible for parole after serving 20 years.

The sentencing was handed down by Justice Sandil Kissoon at the Georgetown High Court.

Roopnarine, 26, formerly of Grove, East Bank Demerara pleaded guilty to the capital offence which read that on April 19, 2015, he murdered his girlfriend Alisa McPherson in Sophia, Greater Georgetown.

The prosecution has claimed that on April 18, 2015, McPherson, who was then 18, went to a party in Sophia with her male friend Lloyd Mark.

While at the party, she saw her boyfriend, Roopnarine. It was alleged that Roopnarine confronted the teen about being in a relationship with Mark, which she denied.

Roopnarine then took McPherson to the back of the party and was seen pulling out a black object from his pants. The teen’s body was found by the toilet area with stab wounds about her body.

A post-mortem had revealed that the teen’s body bore 41 stab wounds, and gave the cause of death as haemorrhage and shock due to multiple stab wounds and punctured lungs.

Roopnarine was arrested in 2016 by police.

In a plea of mitigation, attorney-at-law Dhurjon told that court that his client was under the influence of alcohol when he committed the offence.

Dhurjon further explained that when his client entered prison he was illiterate, but now he can read and write and is expected to sit the Caribbean Secondary Education Certificate (CSEC) soon.