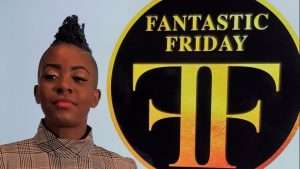 looptt.com- Fay Ann Lyons has stepped down as Chairman of the International Soca Monarch.

Lyons, who appointed to the helm of the competition, will no longer be involved in the annual competition.

Lyons told Loop she made the decision because she has not been given the go-ahead to plan anything and time is going.

“I have no tools or anything to do the event so rather than try to rush the Soca Monarch I want to give the people a Soca Monarch they deserve. I had a Soca Monarch planned for 2020 with new exciting things that people can enjoy but I don’t own the competition so I have to wait for the go-ahead and if I don’t get it I can’t move,” she told Loop.

Lyons said with February 2 the proposed date for the semi-finals, she said she didn’t have enough time to prepare.

“It is too close. When I checked the work to be done, the logistics, etc I can’t go put out a Soca Monarch that Trinidad and Tobago and the world deserves to see in a week and a half. I have been ready since August,” she said.

Last year Lyons earned kudos from the soca fraternity for pulling off a smooth Soca Monarch competition which favoured the artistes through its structure and organisation.

The title was won by Grenada’s Mr Killa with Swappi taking the Groovy title.

When contacted, Geoffrey Wharton Lake, one of the owners of the ISM, said he would make a statement later today.