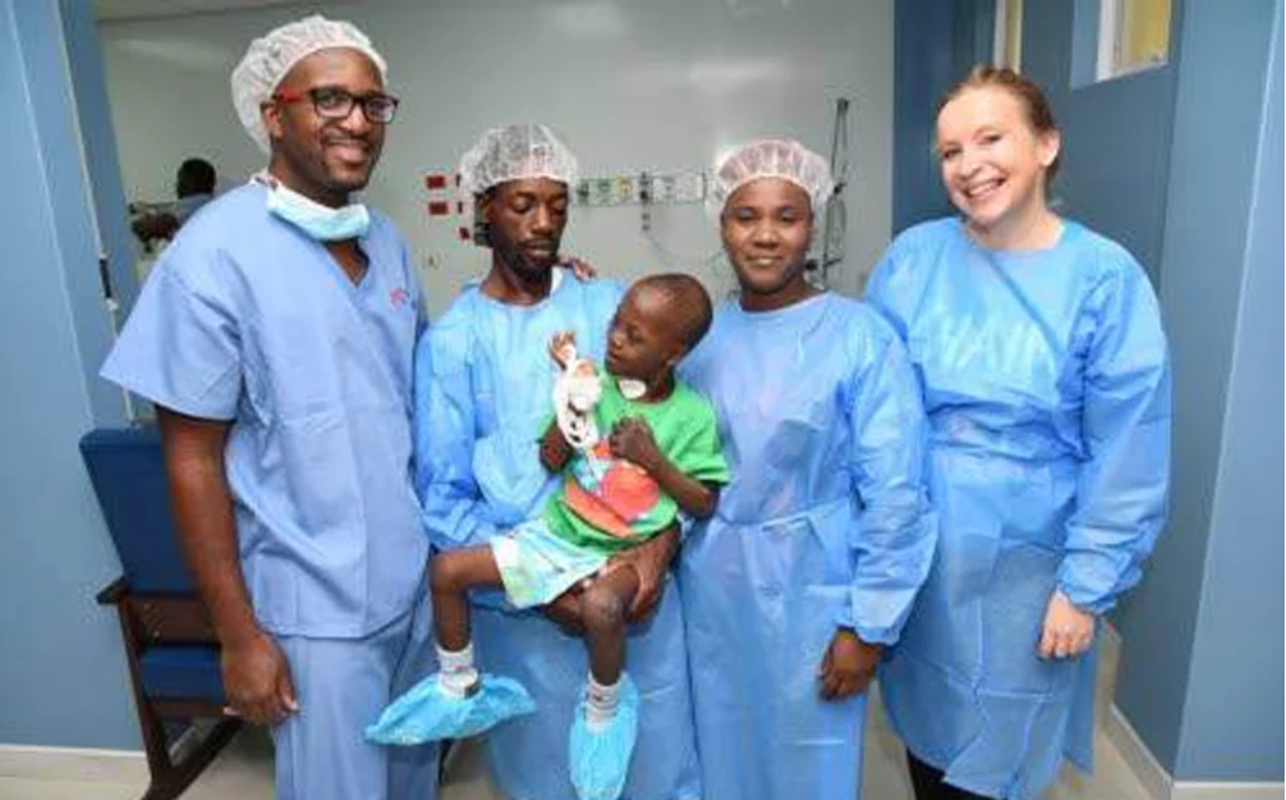 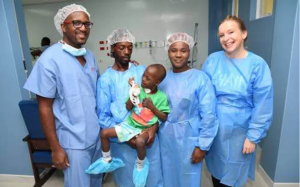 Born with Down’s syndrome, Alex has also suffered from congenital heart disease for his six years of life. He has been back and forth from Bustamante Hospital for Children (BHC) since birth due to his surgery being cancelled twice because of inadequate Intensive Care Unit bed space.

But today, the six-year wait is over as his atrial setal defect, or hole in his heart, was mended last Monday by Dr Sherard Little, consultant paediatric cardiothoracic surgeon, BHC, and the Chain of Hope intensive care team which is part of a medical mission in the island.

When the Jamaica Observer visited BHC on Friday, Alex was in high spirits as he walked the halls of the hospital playfully engaging members of the medical team, other adults and children. Though he is unable to speak, his physical actions and expressions were enough to show that his recovery was going well.

His parents, Diana Johnson and Warren Dormer, have been by his side for each cardiac clinic appointment and the cancelled procedures. While they are overjoyed that one aspect of his challenges has been rectified, they were at a loss for words in expressing their gratitude to Dr Little and the Chain of Hope team.

Admitting that she grew angry each time her son’s surgery was put off in the past, Johnson expressed pleasure at the latest development.

“ From him born we up and down coming to ‘children’s’ [hospital] from Mavis Bank. But I am very happy it is finally done. I thank them a lot and hope they continue doing work and remain successful,” Johnson said as she fought back tears.

For Alex’s father, this road was not unfamiliar and as a result he was able to remain strong through the ordeal.

“I have a daughter who was born at five months so I know how it go. She can’t hear and she goes to school for sign language and so forth so I go through this experience already. I just know I had to be tough and be strong and go through it,” Dormer said.

While Dormer and Johnson are happy that their child, whom they describe as vibrant and active, has got his surgery done, a dark cloud hangs over their heads. They have had to place him in missionary care as they are unable to adequately care for his Down’s syndrome and cardiac needs.

“It makes me very sad and it’s hard. Most times I go to my bed and cry to know I can’t have him with me,” Johnson said.

She further explained that if Alex was in her care, she would be unable to perform her duties as a live-in helper to provide for herself and her other child. The same goes for his father who operates a taxi.

While in missionary care, Alex does not attend school, mainly due to his inability to speak. His parents wish that one day he will be able to get the adequate therapies needed to have him speaking and in school.

Dr Little said that being able to do the surgery for Alex was very rewarding.

“It was very frustrating for families as for various reasons the surgeries were being postponed. Each time someone gets to have their surgery done and it is successful it is very rewarding for us as it makes the lives of the patients and families better,” Dr Little said.

He also shared his satisfaction with the unit and said despite the challenges he and his team persist.

“The unit is fabulous. Compared to where we were before, it’s night and day. We still have challenges with staffing — they leave with regularity. That’s one of our greatest challenges, but we are persisting because we know it is important,” he said.

Subsequently, Dr Little said BHC has been working with Chain of Hope, UK, to identify the human resources needed for missions, rather than bringing in big teams.

“For now, our major challenge is nurses, so they target human person groups needed,” he said.

Meanwhile, Emma Scanlan, CEO, Chain of Hope, UK, could not contain her excitement on seeing Alex playing and entertaining himself. For her, his quick recovery provided a glimmer of hope and drive to continue serving.

Scanlan expressed thanks to Rotary International, Shaggy and Friends and Gift of Life International for their generous donations to the cardiac unit at BHC, particularly the ICU and the specialised catheterisation unit dedicated to paediatrics in the Caribbean region.

Scanlan further pointed out that the aim is to increase the number of cases that can be operated on in the unit and, for the local team, an increase in the nursing staff and ICU doctor staff. She added that Chain of Hope, UK, is involved in the training of a number of specialists such as a cardiac anaesthesiologist and cardiologist to supply the unit.

In terms of funding, she said, “Around US$200,000 each year is required to keep continuous surgical and catheter activity going in the unit. That’s on top of what the Ministry of Health already funds, on top of salaries, supplementary staff and consumables needed for the surgeries.”

Representatives from the United States of America, England, Sick Kids Canada, Norway, and Denmark participated in the mission, however, Scanlan noted that Jamaican doctors are world-class and deserve all the support needed to serve their country better.