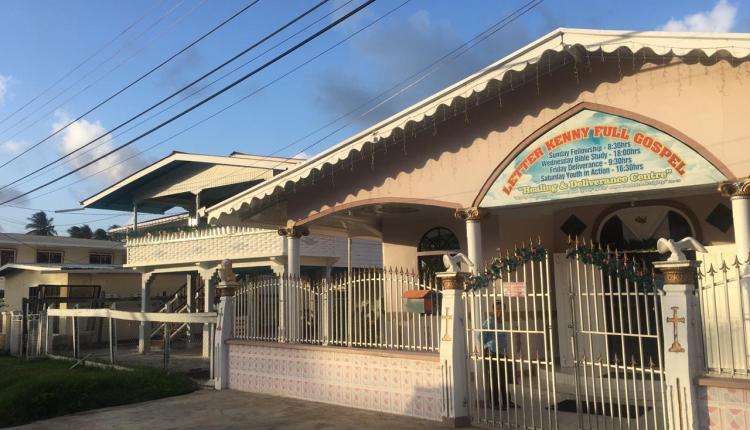 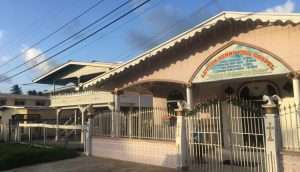 newsroom.gy- A Corentyne Pastor was on Thursday morning beaten and robbed of $250,000 in offerings from his Letter Kenny Full Gospel Church.

Etwaru known as Pastor Rohan told the News Room that he was awoken to the sounds of shattering glass in the lower flat of his home. He said he first thought the noise was caused by cats that made their way into the house, but when he ventured down to investigate, he came face-to-face with two men who were climbing his inside step armed with a gun and cutlass.

Etwaru pastors the Letter Kenny Full Gospel Church which is situated next door; he said the men demanded he hand over the keys to the “money box” which belongs to the Church.

Astonished, he told them he is not in possession of the keys but the men proceeded to kick him about his body and gunbut him to the head.

“The guy with the gun punched me as I fell to the ground and he kicked me and asking for the keys”.

The man who is also a Secondary School teacher told the News Room that “the money box” is in the church and was made for donation towards a building project.

He added, he was very surprised when the bandits specifically asked for the box noting that it did not contain a lot of cash.

Etwaru said he was taken in the upper flat as the men searched and ransacked the house for cash and valuables.

“He pointed the gun straight to my forehead and said, hand over the money or I will shoot,” the man recalled.

The bandits managed to grab $250,000 in cash and made their escape by scaling the fence at the rear of the yard.

The Pastor said he is still in severe pain especially to the back and head.

He said the money taken was raised for a missionary in the interior, and it was from offerings collected from members of the church.