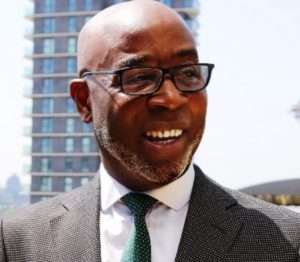 stluciatimes.com- Steve Etienne was fired from his position as CEO of the music copyright society, the Eastern Caribbean Collective Organization for Music Rights (ECCO) by letter dated 14th December 2017.

In that letter signed by then Chairman of the Board, Mr Martin James the main reason given for the dismissal of Mr Etienne (who built and developed the OECS wide entity) was “misappropriation of the financial assets of the organization”.

Mr Etienne always strongly denied that accusation and promptly filed a lawsuit against ECCO for wrongful dismissal in accordance with the provisions of the Labour Code of St. Lucia.

After receiving service of the writ ECCO filed its defence. However, as the court process commenced, it was proposed that the matter be settled by mediation rather than have a full-scale trial.

It is generally agreed that when a defendant agrees or suggests mediation subsequent to being sued it is because the defendant and/or its legal counsel has concluded that it is highly unlikely that it will prevail at a trial.

The defendant opts for mediation as a way of limiting its expenses on legal fees, damages and costs.

Mr. Etienne was always confident that he would prevail in a court of law, but he reluctantly agreed to mediation.

The fact that at mediation ECCO agreed to a substantial payment to him with interest and costs in settlement of his claim vindicates him and is positive proof that ECCO’s claim of misappropriation of financial assets was totally bogus and without any basis in fact.

In Mr Etienne’s estimation his unfair dismissal was motivated by jealousy, greed and malice on the part of certain members of the Board of Directors of ECCO.