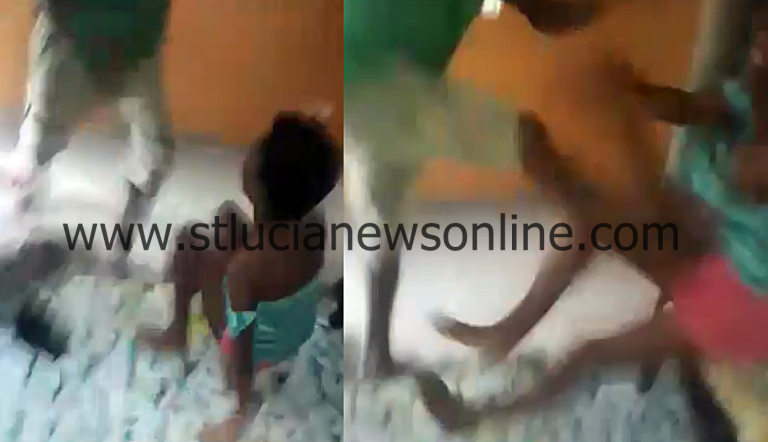 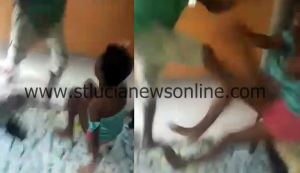 (SNO) — Video clips of a man sending kicks on a young female in a Dennery house has gone viral (see videos below story).

According to law enforcement sources, police are investigating allegations that the man in the video is the father of the female who is being beaten.

It is alleged that the female is 13 years old and the man is of a Dennery address.

Reports indicate that the victim’s sister recorded the incident which occurred recently. It is not clear who uploaded the videos to social media.

In one of the videos, the teen cries out “… stop I’ve had enough, had enough.”

The alleged father exclaims “you had enough?!” then attacks his daughter again as someone (sounding female) in the background shouts “not in my room, not in my room”.

Sources said the police and social services are investigating the attack which is similar to an incident in December last year in which a woman, Tessa Albert, 25, was caught on video beating a schoolgirl with a stick for allegedly wearing her shoes.

Albert pleaded guilty to causing harm and was granted $1,000 bail or suitable surety pending a pre-sentence report in early January 2020.

Her bail conditions include surrendering her travel documents to the court, make no contact with the victim, not permitted to leave the State without the court’s permission and reporting to the Anse La Raye Police Station every Friday before or by 6 p.m.

Be advised, before watching, that the videos are extremely violent and can be disturbing to some.