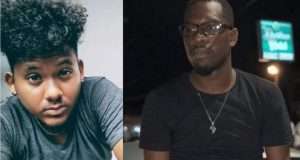 (NEWS ROOM GUYANA) –A 22-year- Guyana Water Inc. (GWI) employee was on Monday remanded to prison for the murder of his ex- girlfriend’s lover.

Nigel Thomas of James and Victoria Street Albouystown appeared before the Chief Magistrate Ann McLennan and was not required to plead to the capital offence which alleged that on December 30, 2019, at Mazaruni Street, Guyhoc Park, he murdered Kyle Chase, 23.

Thomas was represented by attorney-at-law Adrian Thompson, who told the court that his client has no recollection of what happened to Chase.

The lawyer also contended that his client received injuries to his head and was admitted to the Georgetown Public Hospital.

According to the facts presented in court, Thomas and Chase were known to each other. It is alleged that Thomas had shared a relationship with Chase’s girlfriend in the past.

On December 30, 2019, at about 21:45 hours, Chase was at his girlfriend’s house at Lot 123 Mazaruni Street, Guyhoc Park, along with his cousin Trevon Chase when Thomas and another male visited.

Mansfield told the court that Thomas became enraged when he saw Chase at the house and the two men started an argument which was followed by a scuffle.

Thomas armed himself with a screwdriver and stabbed Chase to his neck and other parts of his body.

Chase was taken to Davis’ Memorial Hospital where he was pronounced dead on arrival.

Chase’s cousin, Trevon and Thomas were also injured during the fight.

The Chief Magistrate remanded Thomas to prison until January 28, 2020.