Trinidad: Boy, 17, Drowns Trying To Save Girls Off Tyrico Bay 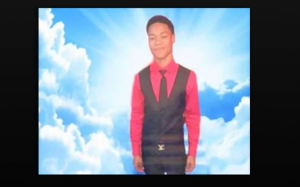 (TRINIDAD EXPRESS) — He tried saving two drowning girls, but paid with his life. They lived.

He had come to the beach with a group of young people, some whom are members of the Oropune Police Youth Club.

At around 4p,m, Mc Guire tried reaching two friends who were being pulled out to sea.

He went under. Stronger swimmers went out and brought the girts to safety. Mc Guire could not be found.

It took at least 15 minutes before he was discovered and brought to shore.

There was a doctor, paramedics, and a coast guard officer on the beach. They tried to help. Attempts were made to revive him. It was too late.

It is with a heavy heart and tearful eyes that I am letting residents know that Ryan Mc Guire passed today by drowning…he was liming with friends at tyrico bay..when two of them got into difficulty..he went to assist and paid the ultimate price…condolences goes out to his biological and his opyc family