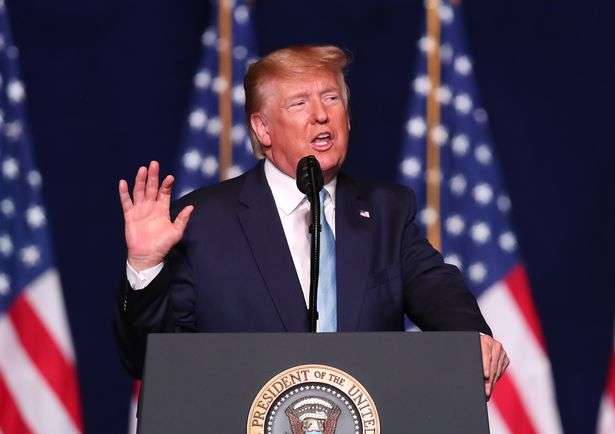 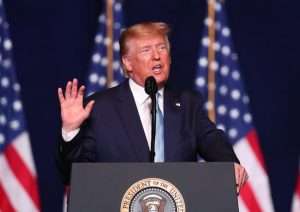 www.mirror.co.uk- An $80million bounty has been placed on Donald Trump’s head in Iran in the wake of General Qasem Soleimani’s assassination.

During the televised funeral, an unidentified eulogist speaking on official state television said one US dollar should be tabled for every Iranian in the country, with the cash going to whoever killed the US President.

“Iran has 80 million inhabitants. Based on the Iranian population, we want to raise $80million (£61million) which is a reward for those who get close to the head of President Trump,” it was announced, according to en24.

It is not thought the bounty has been backed by government officials.

Tehran vowed revenge at the heart of the US after the Quds Force general was killed by a Reaper drone last Friday at Baghdad airport.

The attack took long-running hostilities between Washington and Tehran into uncharted territory and raised the spectre of wider conflict in the Middle East.

“We can attack the White House itself, we can respond to them on the American soil, he said according to the Iranian Labour News Agency.

“We have the power, and God willing we will respond in an appropriate time.”

He went on to say that “this is a declaration of war, which means if you hesitate you lose.

“When someone declares war, do you want to respond to the bullets with flowers? They will shoot you in the head.”

During an open session of parliament in Tehran this afternoon President Trump was called a “terrorist in a suit” after he threatened to hit 52 Iranian sites hard if Tehran attacks Americans or U.S. assets.

Soleimani was the architect of Tehran’s clandestine and military operations abroad as head of the Revolutionary Guards’ Quds Force.

U.S. Secretary of State Mike Pompeo said that if there were further Iranian attacks on U.S. targets, Washington would respond with lawful strikes against decision-makers orchestrating such attacks.

“The intelligence assessment made clear that no action – allowing Soleimani to continue his plotting and his planning, his terror campaign – created more risk than taking the action that we took last week,” Pompeo said on ABC’s “This Week” show.

The move to kill Soleimani has not been met with universal enthusiasm by Democrats.

Nancy Pelosi, House speaker, criticised the manner in which the decision was taken.

She said: “This initiation of hostilities was taken without an Authorization for Use of Military Force (AUMF) against Iran, without the consultation of the Congress and without the articulation of a clear and legitimate strategy to either the Congress or the public.”