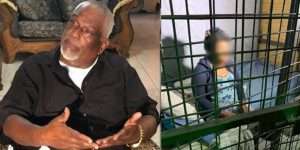 (TRINIDAD EXPRESS) – Pastor Glen Awong, head of the Arouca-based Transformed Life Ministry facility, is expected to appear in court today charged with offences linked to a raid at the property three months ago.

Police found 69 people at the facility. Some were found handcuffed and locked into cages.

On Thursday night, Awong, in custody since Monday, was charged with kidnapping, falsely imprisoning a woman, and with human trafficking.

On October 8, Special Operations Response Team (SORT) officers raided the facility before dawn. Most of the people found there were taken to the Sty Ann’s Hospital. Some were released into the care of relatives.

The charges were laid after police consulted with the Office of the Director of Public Prosecutions.