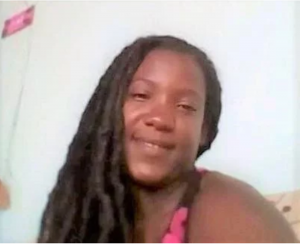 (TRINIDAD EXPRESS) – A Mayaro woman who was doused with kerosene and set on fire by a relative, died on Friday.

Keisha Stanley, 31, died on the same day that man who allegedly committed the crime appeared in court with wounding her, and with arson.

Stanley suffered first degree burns to the upper body, hands and back.

The suspect, a 30-year-old man, was detained at the scene of the crime at Stanley’s home at Old Rio Claro Road, Mafeking Village on December 21.

Police were told that on that day Stanley and a relative had an argument at the house.

The man allegedly doused her with kerosene and set her alight.

Neighbours contacted fire officers of the Mayaro Fire Station who took Stanley and the suspect to the Mayaro hospital.

Doctors told police that Stanley suffered 36 per cent first degree burns to her body. She was transferred to the Intensive Care Unit of the San Fernando General Hospital.

The suspect suffered burns to both hands and was treated and discharged from hospital.

He was taken into police custody and Sgt Kistow charged him with wounding with intent to cause grievous bodily harm, and arson.

He appeared before a Mayaro magistrate on Friday and was remanded in prison custody.

Police were informed later that day that the victim died.

Officers are expected to consult with the office of the Director of Public Prosecutions on the charges.