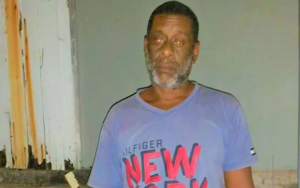 (TRINIDAD EXPRESS) – Cecil Skeete, the man who claimed that Commissioner of Police Gary Griffith choked and punched him during an interrogation, has been killed.

Skeete, 50, was shot dead near his home at Freedom Street, Cocorite on Sunday night.

He was a reputed member of the Rasta City gang, and considered a menace in Cocorite.

Skeete was out on bail on charges of arms and ammunition possession dating to 2017.

In November, the Trinidad Express reported on the contents of a station diary extract which detailed a report made by Skeete.

Skeete, in an interview with Express investigative reporter Denyse Renne on November 12, alleged that Griffith choked and threatened to kill him while he was detained for questioning at Four Roads Police Station last June.

Officers attached to the Special Operations Response Team (SORT) were present during the alleged incident.

Skeete retracted his statement via a sworn affidavit after the report was published.

However, the Law Association of Trinidad and Tobago called on the Police Complaints Authority and the Police Service Commission to launch an “immediate and expeditious” probe into the Express investigative report.

The status of the probe is uncertain.

In August, Skeete’s son Ronell Pierre was shot and killed on the Western Main Road, Cocorite.

The homicide toll for the year as of last night stood at no less than 534.