Mikey Live
HomeRegionalGuyana Ranks Highest For Bribery In The Caribbean, Slowest To Do Business...
Regional

Guyana Ranks Highest For Bribery In The Caribbean, Slowest To Do Business – IDB 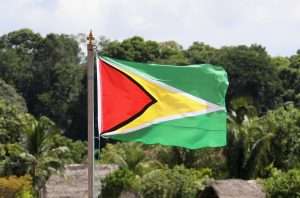 (GUYANA NEWS ROOM) – Guyana has been ranked the highest in the Caribbean for countries where citizens have had to pay bribes to access Government services.

According to a report published by the Inter-American Development Bank (IDB), it also takes the longest to conduct business in Guyana with the average time being over five hours.

The report titled ‘Wait No More: Citizens, Red Tape and Digital Government’ was published this month.

The report referred to the 2019 Transparency International survey which states that the proportion of people in the five Caribbean countries surveyed that reported paying a bribe to access a public service was 18 percent.

“Data from this same survey show that the percentage of people who pay bribes in exchange for services varies throughout the region: in Guyana 27 percent of those surveyed said they had to pay a bribe to access a public service, the highest proportion in the region,” according to the IDB published report.

Guyana was followed by 20 percent in The Bahamas and 17 percent in both Jamaica and Trinidad and Tobago. Barbados registered the lowest rate, with only 9 percent of the surveyed reporting having paid a bribe to receive a public service.

It cited manual government transactions, face-to-face interactions, and the lack of standardized processes mean that transactions as being responsible for dishonest behavior.

When looking at the differences between Caribbean countries, “Guyana had the slowest times,” to conduct business. According to the report, it takes a citizen on average 5.9 hours to complete one transaction.

In Barbados, this was 4.8 hours on average while in Jamaica and Trinidad and Tobago, completing a government transaction took on average 4.1 and 3.9 hours, respectively.

Bahamas had the lowest average times of the Caribbean with at 2.8 hours.

One of the major contributors to this sloth is the lack of adequate services online.

The annual report pointed out that basic conditions for making online transactions accessible are often absent.

“For starters, it is complicated, if not impossible, to effectively make government transactions available online, beyond ad hoc efforts, without knowing exactly which transactions are managed by which government entities and the characteristics (purpose, requirements, cost) of each”

Of the 25 countries consulted, 19 reported knowing how many government transactions existed, and 15 reported having a catalog of transactions.

Another key platform service is the digital signature, which enables applicants to sign documents or forms online without having to submit a physical copy, and thereby reducing number of visits to a government office.

Without the digital signature, there are many government transactions that—despite being digitized—still require an in-person visit to comply with this requirement.

It was found that 25 of 26 countries in Latin America and the Caribbean have a law establishing the legal validity of the digital signature. In fact, only Guyana lacks such a law.

However, having a legal framework does not necessarily mean that there is a digital signature in place that can be used by all citizens and that is accepted by all private and public institutions.

“Even if governments make the effort to put transactions online and citizens can, in theory, access them, oftentimes their experiences are negative. A lack of usability of government websites leads them to fail in their attempts to access services,” according to the report.

It recommended that government websites all follow one format, making it easier for citizens to use.

The survey was done in Jamaica, Trinidad and Tobago, Barbados, and Guyana via a Face-to-face survey methodology.

Data were collected from a nationally representative sample of adults aged 18 or above using a proportionate to population size sampling approach. The samples were distributed across all regions of the countries according to their population sizes.

The final completed samples were weighted to be nationally representative according to age, gender, region, level of urbanisation, and social grade.